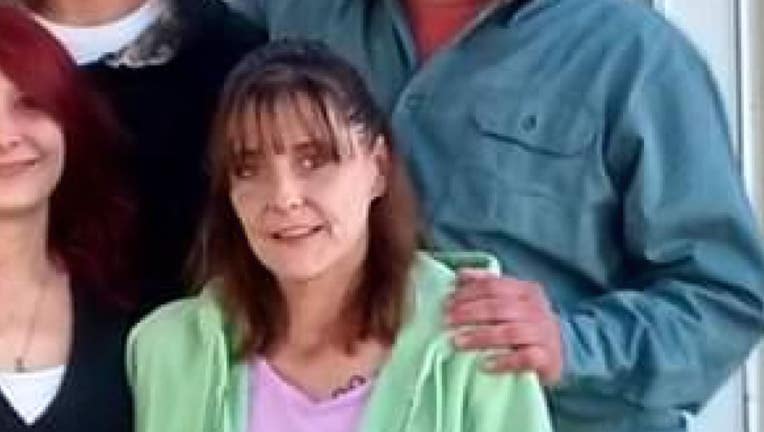 Sheryl Miller, 52, was walking to work when she was hit and killed by an alleged drunken driver. (FOX 9)

BLAINE, Minn. (FOX 9) - Loved ones are preparing to lay a grandmother to rest a week after she was hit and killed by an alleged drunken driver while she was walking to work in Blaine, Minnesota.

Friends describe Sheryl Miller, 52, as the pillar of the Miller family. Forrest Gregory says her impact also spread to the community as the Manna Market, a food recovery program, has grown over the years in large part to her help.

Loved ones are preparing to lay a grandmother to rest a week after she was hit and killed by an alleged drunken driver while she was walking to work in Blaine, Minnesota.

“We saw her almost daily, got very close - almost like family,” said Forrest Gregory, a friend. “It's very hard for us.”

He says his longtime friend, Miller, moved into the Centennial Square neighborhood a decade ago. Ever since, she helped with collecting food otherwise thrown out by local grocery stores and redistributing it to dozens of families each week.

“You just couldn't help but like her a lot and that's why a lot of the people in the neighborhood knew her,” said Forrest Gregory.

Miller was a mother to three children and a grandmother to four. She met her husband when she was just 13 years old, and they’ve been together ever since.

“When I went to see her husband that’s what he kept saying over and over, ‘right before Christmas,’” said Forrest Gregory. “What’s the granddaughter going to think and feel when grandma is not there for Christmas morning? You hear that and it’s very hard.”

“And I know the family struggles financially, so that's another loss for them because she did work very hard,” said Nancy Gregory, Forrest’s wife.

Miller was killed while walking less than a mile early last Friday morning along Naples Street to her job at UPS. Matt Hastreiter is now charged with criminal vehicular homicide. According to the criminal complaint, he admitted having eight shots of vodka the night before and three more shots the morning of the crash.

“At that time of the morning, you don’t expect someone to be drinking, so that was a real shock,” said Nancy Gregory.

Loved ones, including the Gregorys, are going through a rollercoaster of emotions, but they hope memories of her frequent smile will help them heal.

“Nothing prepares you for something like this,” said Forrest Gregory. “I just went numb.”