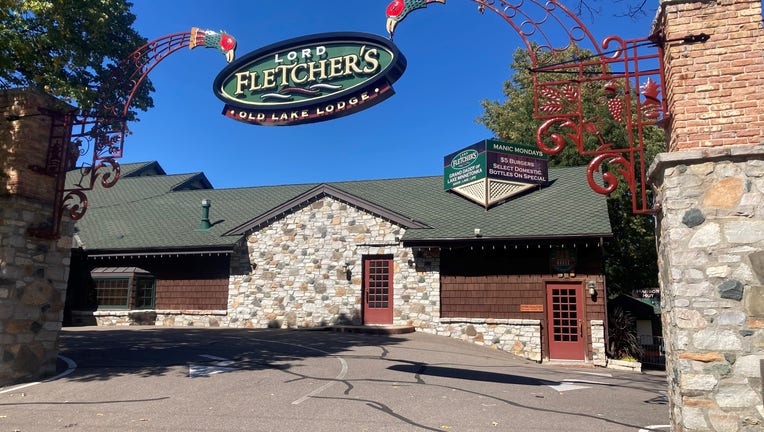 Lord Fletcher’s on Lake Minnetonka is closing for the winter season due to hardships from the COVID-19 pandemic. (FOX 9)

SPRING PARK, Minn. (FOX 9) - Lord Fletcher’s on Lake Minnetonka will be temporarily closing on Oct. 12 until Spring 2021, citing the “devastating economic effects of the pandemic.”

“Since COVID-19 struck, Lord Fletcher’s has worked to comply with state regulations and restrictions, ensuring the safety of our staff and patrons,” Lord Fletcher’s said in a letter to guests. “With cold weather approaching, and limited seating allowed indoors, we have had to make the difficult decision to temporarily close for the winter season beginning October 12, 2020.”

COVID-19 safety regulations under the executive order from Gov. Tim Walz limit indoor capacity to 50% of fire-code capacity. The regulations also limit party sizes to four people, or six if all in one household.

“This decision was not made lightly,” Lord Fletcher’s said. “Lord Fletcher’s has been an integral part of the west metro and Lake Minnetonka community for over 52 years. From celebrating family dinners, to hosting holiday parties, to relaxing by the water, countless memories have been made here at Fletcher’s. COVID-19 has wreaked havoc on the restaurant industry locally and nationwide. Temporary closing is not our preference, but it’s a measure we must take as we continue to push through the devastating economic effects of the pandemic.”

Hospitality Minnesota, the trade association representing the industry, is pushing for increased restaurant capacity from 50% to 75% as well as increasing event capacity to 50%. The group sent a letter to Gov. Tim Walz asking for the changes.

Hospitality Minnesota says they have been in touch with the governor’s chief of staff, who told them the letter has been reviewed and the recommendations are being considered.

The governor’s office did not respond to FOX 9’s request for comment Thursday.