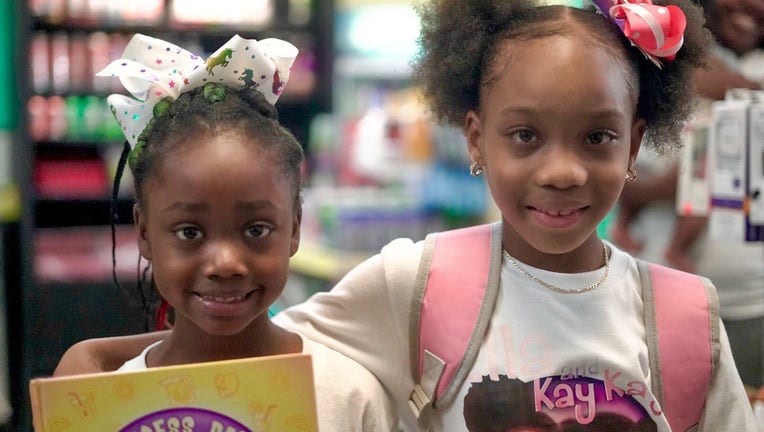 (FOX 9) - Next week, Paige will turn seven years old. She’s already a business owner selling lemonade in some stores around the Twin Cities. Her friend Ella, a published author at the age of seven, wrote a book about Paige’s business to inspire other kids.

“I make lemonade all the time for people, and I’ve been on the news six times,” Paige said.

Princess Paige Lemonade is well known in some neighborhoods around Minneapolis. She’s known for selling her lemonade at community events. Starting this summer, her lemonade is being sold at stores like Dollar and Up in South Minneapolis.

“It’s actually flying off the shelf. This is the last one we have,” owner Harrison Hollivay said.

Paige uses her profits to donate to the Ronald McDonald House. Sometimes she visits kids who are dealing with medical issues and gives them her lemonade.

“I take the lemonade to them and I say, 'do you want to have some?’ and they say ‘yes,’ and I pour them some and they say, ‘mmm that’s yummy!’” Paige said.

Paige’s work caught the eye of another entrepreneur in the Twin Cities. Ella, a 7 year old with the pen name Ari Ella, met Paige at an event where she was selling her lemonade.

“She was very nice and we bought a little cup of lemonade,” Ella said.

Ella had already published one book, Ella and Kay Kay, a story about her adventures with her little sister. After meeting Paige, Ella decided she wanted to write about her business to inspire other kids.

“I want them to learn that not to be afraid of who they want to be. Because I wanted to be a writer and here I am,” Ella said. “She wants to sell lemonade. That’s who she wants to be.”

This spring Ella published a book titled “Princess Paige Lemonade.” It’s a story about Paige’s business and how she gives back to kids.

“I feel very proud of myself,” Ella said.

For more information on where you can find Ella’s books click here.