Legendary manager Ron Gardenhire has been a favorite of Twins fans for decades, and now, that history is cemented into the baseball club's Hall of Fame. His induction ceremony was held at the Twins game against the Texas Rangers on Saturday night.

MINNEAPOLIS (FOX 9) - Legendary manager Ron Gardenhire has been a favorite of Twins fans for decades, and now, that history is cemented into the baseball club's Hall of Fame. The induction ceremony was held at the Twins game against the Texas Rangers on Saturday night.

Gardenhire managed the Twins for 13 seasons, from 2002-14, and is No. 2 in franchise history behind Tom Kelly with 1,068 wins. Gardenhire was also a third base coach for 11 seasons, including the 1991 World Series title team. He was named American League Manager of the Year in 2010 and led the Twins to six AL Central titles.

Fox 9 caught up with "Gardy" shortly after his plaque was unveiled on Target Field Plaza. 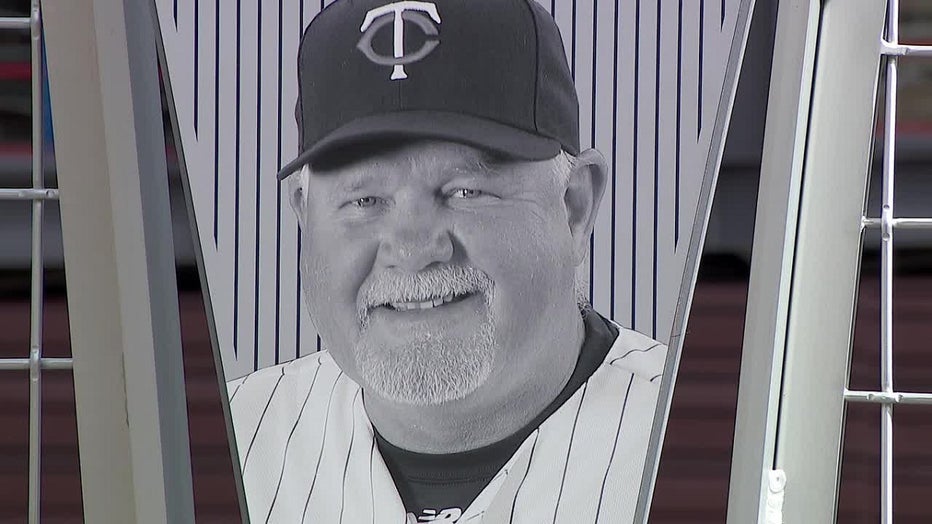 A closeup picture of Ron Gardenhire's plaque outside the Twins Field Plaza. (FOX 9)

"It's awesome seeing all the fans and so many players and coaches coming back... I think it's going to hit me a little harder later," said Gardenhire.

One of his former players who took part in the celebration was five-time All-Star and Gold Glove winner Torii Hunter.

"He was super cool with the players and at the same time, he wanted perfection... I wanted to play for him. I wanted to win for him, so I'll never forget the way he made us feel," said Hunter.

At Sunday's game, the Twins will induct former outfielder and current broadcaster Dan Gladden, and former multi-positional player César Tovar into the club's Hall of Fame.

3 Twins being inducted into team's hall of fame

Three Minnesota Twins greats are being inducted into the team's hall of fame this weekend (Aug. 19-21). FOX 9's Hannah Flood shares details on how the team is honoring the inductees, which includes longtime coach and manager Ron Gardenhire; left fielder and Twins radio broadcaster Dan Gladden; and "Mr. Versatility" himself César Tovar.