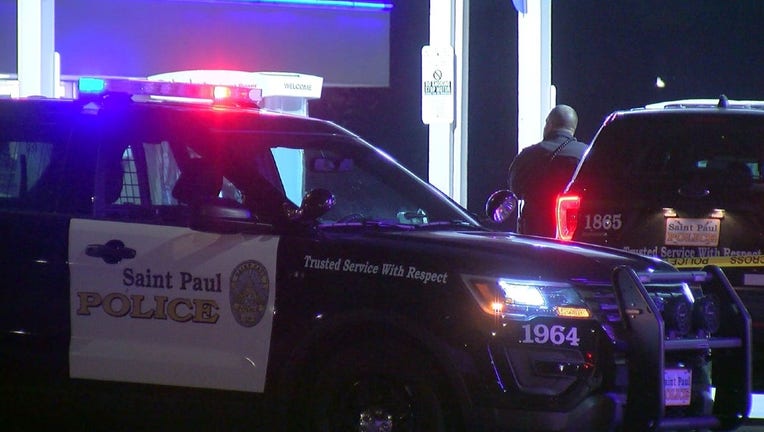 Three people were injured in a shooting early Sunday in St. Paul.

Mayor Melvin Carter and Chief Todd Axtell joined members of the African American Leadership Council and the St. Paul Black Interdenominational Ministerial Alliance and pushing for an end to violence.

Leaders call for action on gun violence after 7 shot overnight in St. Paul

St. Paul city and community leaders called on every resident to do their part after a rash of gun violence early Sunday morning left seven people injured.

The news conference came hours after police responded to two shooting incidents that left seven people injured. Police were called to the first shooting around 1:33 a.m. for the report of gunfire in the area of Rice Street and Pennsylvania Avenue, just blocks from the state capitol. At a Holiday gas station, police found people who had been shot.

Shortly after, police responded to a shooting at a house party on the 800 block of Selby Avenue where four people had been struck by gunfire. All seven victims from both incidents are expected to survive. But, over the course of the night, police say 150 shell casings were recovered from three separate shooting sites in St. Paul.

The violence has community groups saying enough is enough.

"I've seen the city of St. Paul, the city of Minneapolis going through some major changes because of gun violence," said Senior Pastor Runney D. Patterson, Sr. with the New Hope Baptist Church in St. Paul. "As the pastor of a church here in the city, it saddens me that it's on my record that, as of this past Saturday, I've funeralized over 43 Afro-American young men to gun violence. I don't view this as a Black problem or a white problem. I view this as a human problem. Because when it affects one in our community, it affects all of us."

But, while calling for the perpetrators to change their ways, the pastor also called for broader community change.

"We pray there will not be any other retaliation," said Patterson. "I've been saying for the past three weeks, 'Use your head not your hands.'"

One message remained clear among speakers, including Mayor Cater, that we're all in this together.

"We're all responsible for this," said the mayor. "This is something [...] a mayor can't just do it. One of the most challenging parts of being a mayor -- you can ask any mayor in America -- is all the stuff you desire for your community, that you can't just wave a magic wand and say this is going to change. This is a matter of cultural change. This is a matter of breaking that notion of "no snitching." It's a matter of ensuring that not only our police officers can respond as soon as possible after something terrible happens but it's a matter of identifying the cycles of desperation and anxiety and trauma that play out in our community over and over again and replacing them with cycles of prosperity and peace."

"There's a lot of people who say you have to focus on one or the other, but it's about doing all those things together," added the mayor, saying the city must work in unison with the community to bring that change.