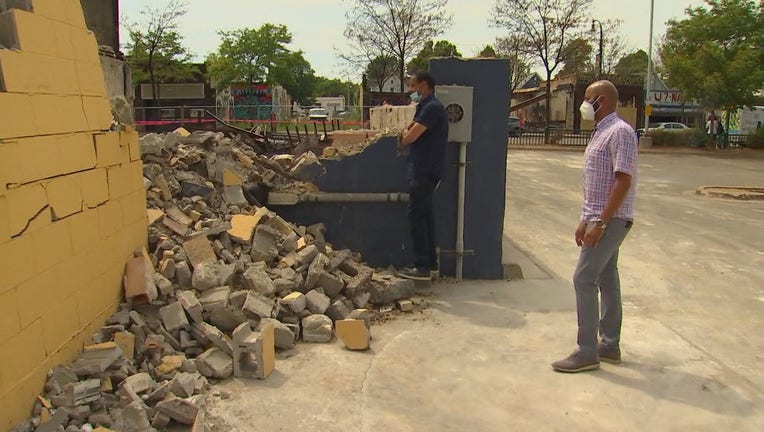 (FOX 9) - Minnesota lawmakers are taking on a lot of issues during this special session, including helping businesses damaged or destroyed by the recent unrest.

“The situation we are in right now is very tough,” said Abraham Demaag, owner of Chicago Lake Furniture.

Minnesota lawmakers outlined their plan to help businesses damaged in the riots that followed the death of George Floyd.

Demaag and his brother opened their store 27 years ago to serve their community, but after their store was looted and torched, the brothers are trying to get their business back on its feet.

“It’s very heartbreaking. Something you wished for, you want to become your own boss and all of that disappears in one night. That’s very shocking."

A few feet from what's left of their burned out store, DFL lawmakers announced their plans to help business who were impacted by the unrest following the death of George Floyd.

The lawmakers say the Promise Act will help rebuild corridors like Lake Street and West Broadway in Minneapolis and the Midway area in St. Paul that saw many minority and immigrant owned businesses destroyed during the chaos and confusion.

Lawmakers say the $300 million package would include $125 million for loans and grants to business owners through DEED. Another $125 million would be used to create a special fund for affected individuals and businesses, while the rest would go for items like preserving the land in those areas for growing businesses and preventing gentrification.

“This is something the Twin Cities, our entire region, our entire state has been in this together," Minnesota Mayor Jacob Frey said.

Demaag said his business, like a lot of those damaged, was underinsured. He and his brother will take any help they can get to rebuild as long as they don't have to go through a lot of red tape to do it.