Large fire breaks out at warehouse in Superior, Wisconsin

Two warehouse buildings in Superior, Wisconsin are a total loss after a fire early Thursday morning. The fire prompted the closure of the Blatnik bridge between Superior and Duluth for several hours.

SUPERIOR, Wis. (FOX 9) - A large fire broke out in a warehouse in Superior, Wisconsin Thursday morning, causing the bridge between Superior and Duluth to close for several hours.

The fire started in the Severson building and quickly spread to the Bayside building under the Blatnik bridge, according to Superior Mayor Jim Paine. Both buildings are deemed a total loss, he said.

Both buildings were vacant and no one is believed to have been injured in the fire. 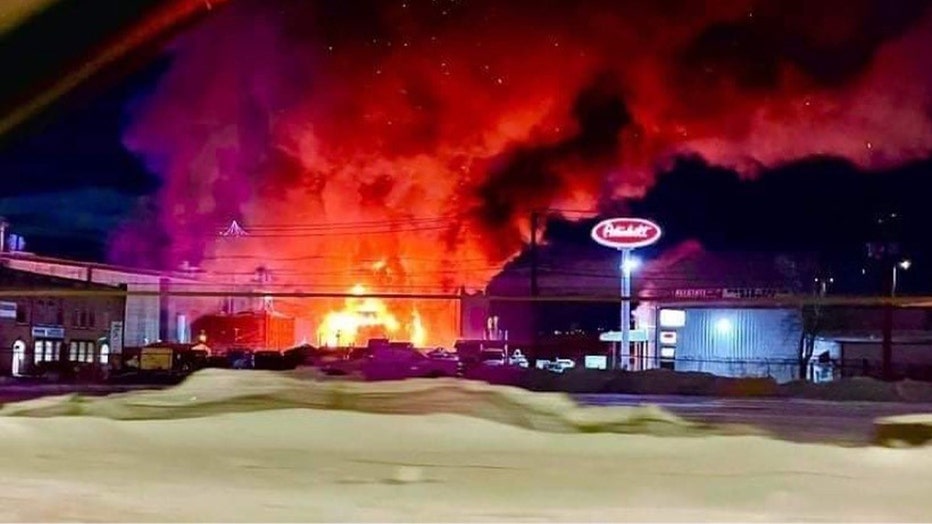 A fire broke out at a fish warehouse in Superior, Wisconsin near the Blatnik bridge early Thursday morning.

"But, the loss of these buildings is a terrible tragedy," Paine said. "They were both priceless pieces of historic architecture and both had potential for new life. I’m deeply sorry for the loss to the owners and to our community."

The fire closed the Blatnik bridge in both directions for a few hours, but it has since reopened.

Paine said the fire is "winding down," but it will likely continue to burn throughout the day.