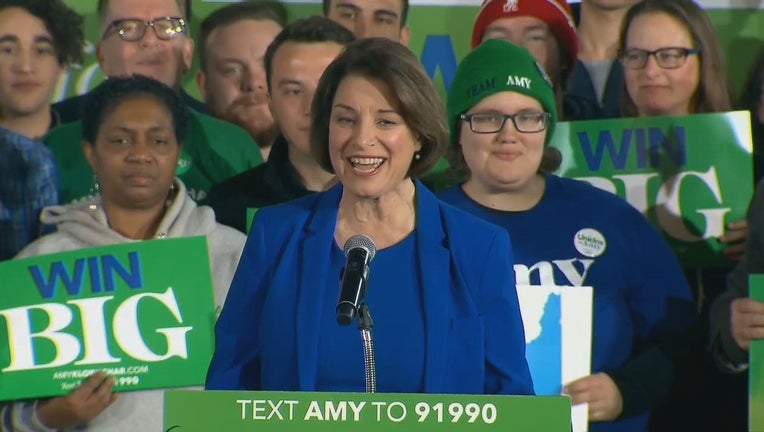 Senator Amy Klobuchar addresses the crowd on the night of the New Hampshire Democratic Primary. (FOX 9)

The Minnesota senator tells ABC's "This Week" that she is benefiting from a surge of people who have discovered her campaign after the New Hampshire debate on Feb. 7 and a better-than-expected third-place finish in the state's primary.

She's billing the fundraising support as momentum that will allow her to be competitive on the airwaves heading into the Nevada caucus and Super Tuesday contests in early March.

Klobuchar says when she announced her candidacy, many people counted her out, but as voters get to know her, they relate to what her campaign is focused on. She says that campaign message is about "bringing back decency to the White House, and most importantly, having a president that can actually put herself in the shoes of other people in this country."