LOS ANGELES - Rocker Gene Simmons tested positive for COVID-19 and is experiencing "mild" symptoms, his band KISS announced Tuesday, prompting the group to postpone its next four tour dates, with plans of returning to the stage for its Sept. 9 show in Irvine.

"While (KISS frontman) Paul Stanley recently tweeted that he has recovered from COVID, Gene Simmons has now tested positive and is experiencing mild symptoms," according to a statement from the band. "The band and crew will remain at home and isolate for the next 10 days." 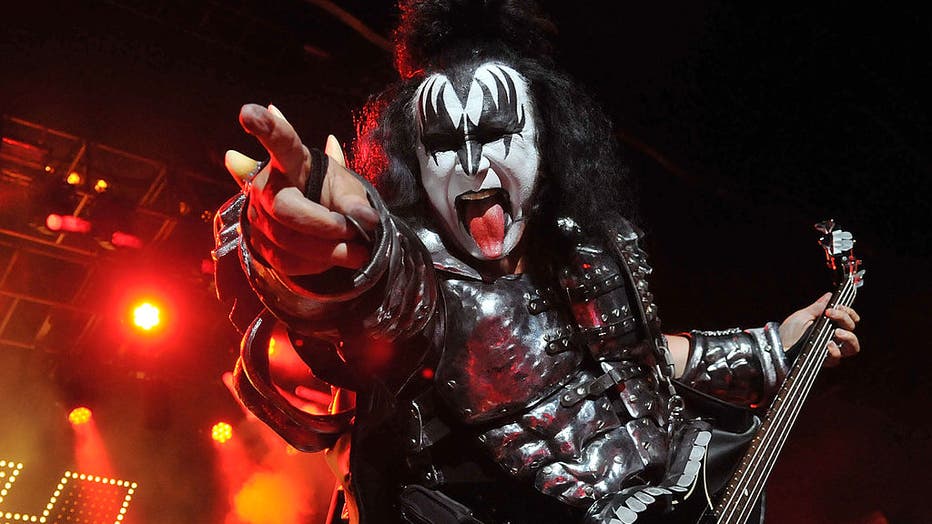 LONDON, ENGLAND - JULY 04: Gene Simmons of US rock group Kiss performs live on stage, for a one-off Independence Day show as a fundraiser for the Help for Heroes charity, at The Kentish Town Forum on July 4, 2012 in London, England. (Photo by Jim Dys

According to the statement, doctors have told band members they should be able to resume their tour beginning with the scheduled show at the FivePoint Amphitheatre in Irvine.

The four postponed shows are in Michigan, Ohio, Illinois and Wisconsin.

Simmons, 72, is an outspoken supporter of COVID vaccines and vaccine mandates. The band previously stated that all of its members and tour crew are fully vaccinated.