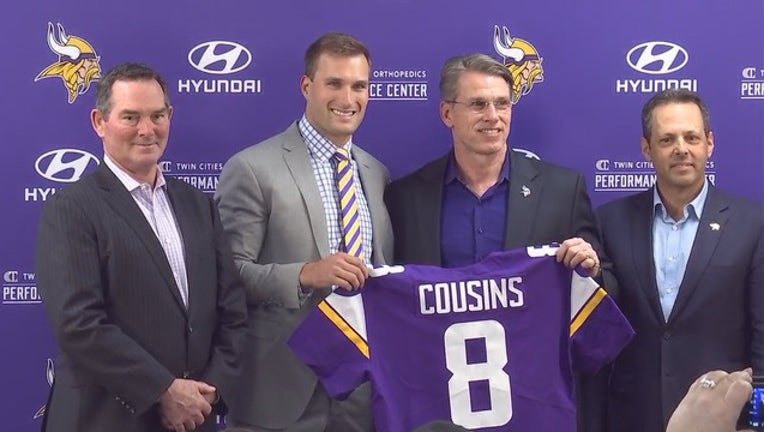 (KMSP) - After the Minnesota Vikings signed free agent quarterback Kirk Cousins last week, the 29-year-old player is packing up his Virginia home and heading for the Midwest.

Minnesota signed Cousins to a three-year deal reportedly worth $84 million, with another $6 million in incentives.

On Monday, Cousins posted a photo to Instagram of the moving boxes in his house.