FOX 9 wanted to know if Kaprizov’s situation could be part of a potentially broader trend involving Russian athletes in the United States. A legal expert says yes.

"(The Russian government) is looking very carefully at Russian athletes who are playing overseas," said Tom Firestone in an interview.

Firestone worked at the U.S. Embassy in Moscow for eight years, serving as a resident legal adviser. Fox 9 asked Firestone to weigh in on reports concerning Kaprizov’s obligations to the Russian military. Firestone, who is not connected to the situation, said it is common to try to get out of serving in the Russian military.

"There are a lot of people who buy their way out of the Army or they buy false documents, they pay a doctor to give them a medical certificate that they can't serve," Firestone explained. 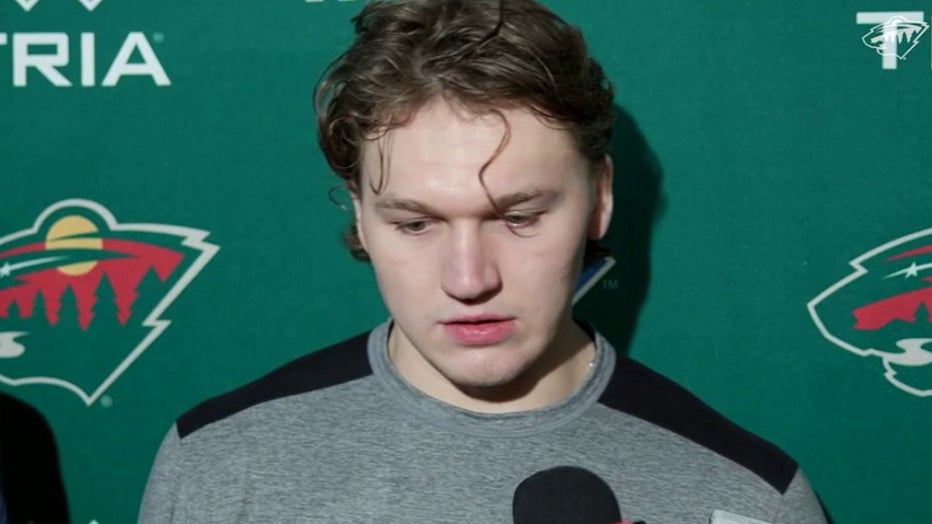 It's unclear if that's what happened in Kaprizov's case, but the Wild's star winger is not the first Russian hockey player who’s had questions arise about his military service.

In the spring, the Russian military was looking for more than 130,000 young men to serve as soldiers. Russian law requires one year of military service for men aged 18 to 27. As the war wages on in Ukraine, Firestone said that service becomes more important.

"I think they also want to set an example: To everyone looking, you can't get out of military service," Firestone said.

Firestone said military service exemptions can be made including for academic study, illness or physical reasons. But the Russian government may try to make an example of athletes like Kaprizov.

"Because of the war in Ukraine, they don't want prominent athletes going to play overseas and then denouncing the Russian government. That's not going to be helpful for them in any way," he explained.

Ivan Fedotov, a goaltending prospect for the Philadelphia Flyers, was reportedly recently arrested and taken to a military naval camp for allegedly evading military service.

Firestone said because the U.S. doesn't have an extradition treaty with Russia, someone could not be handed over for evading military service. But they could be prevented from leaving Russia if they're already there, or an Interpol Red Notice could be issued against them.

"It can make it hard for them to get a job, to open a bank account, to buy a house, etc. So even though there's no extradition treaty, there are various ways they can make somebody's life miserable," Firestone said.