Kevin Burns’ resignation comes amid intense scrutiny of the industry as hundreds of confirmed and probable cases linked to vaping have been been reported, according to the CDC.

SAN FRANCISCO - Juul Labs CEO Kevin Burns announced Wednesday that he is stepping down, while the e-cigarette company also announced that it will stop all print, digital and broadcast advertising in the U.S., effective immediately.

Burns’ resignation comes amid intense scrutiny of the industry as hundreds of “confirmed and probable cases” linked to vaping have been reported, according to the U.S. Centers for Disease Control and Prevention. Nine deaths have also been reported.

The CDC is investigating, but a common electronic cigarette or ingredient in the reported cases has not yet been identified.

Burns will be replaced by K.C. Crosthwaite, who is currently the chief growth officer at Altria Group Inc. — which acquired a 35 percent stake in Juul Labs last year. 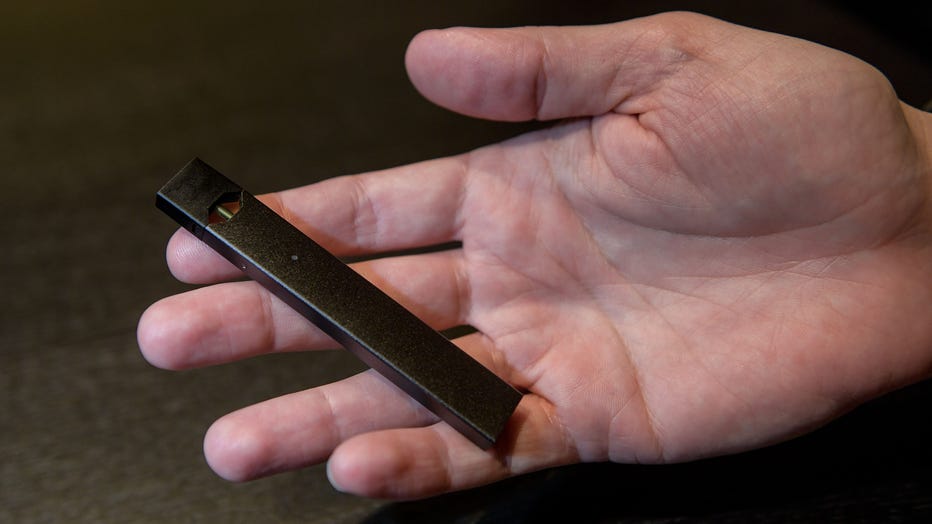 A man holds a Juul e-cigarette in his hand. (Photo by Axel Heimken/picture alliance via Getty Images)

“Working at JUUL Labs has been an honor and I still believe the company’s mission of eliminating combustible cigarettes is vitally important,” Burns said in a press release on the company’s website. “I am very proud of my team’s efforts to lead the industry toward much needed category-wide action to tackle underage usage of these products, which are intended for adult smokers only.”

Earlier this month, President Donald Trump announced his administration will propose banning thousands of flavors used in e-cigarettes to combat a recent surge in underage vaping. Health and Human Services Secretary Alex Azar said the Food and Drug Administration was working to create guidelines on the ban.

In addition to suspending advertising in the U.S., Juul also said it will not lobby the Trump administration on its effort to ban all non-tobacco flavored e-cigarette products and will fully comply with the policy when it becomes effective.

A ban on flavors would represent a huge blow to the vaping industry, including companies such as Juul, which has grown into a multibillion dollar business by selling mint, fruit and dessert flavored-nicotine products.