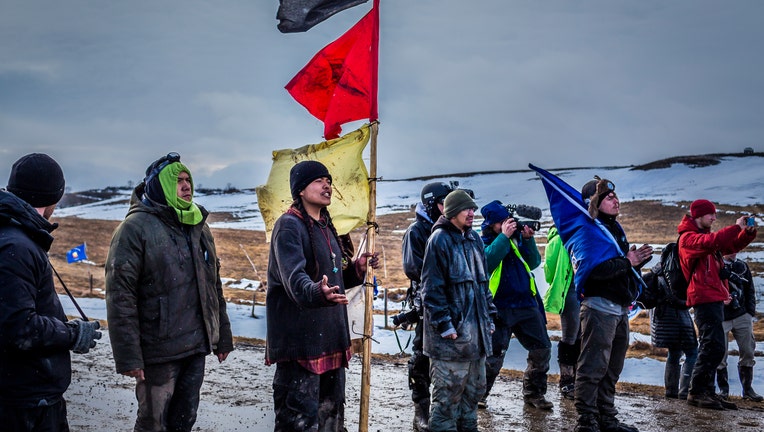 NORTH DAKOTA, UNITED STATES - 2017/02/22: Defiant Dakota Access Pipeline water protectors faced-off with various law enforcement agencies on the day the camp was slated to be raided. Many protesters and independent journalist, who were all threatened (Michael Nigro/Pacific Press/LightRocket via Getty Images / Getty Images)

FARGO, N.D. (FOX 9) - A federal judge on Monday ordered the Dakota Access Pipeline in North Dakota must shut down and be emptied of oil within 30 days because of the “seriousness” of a National Environmental Policy Act violation.

The U.S. District Court for the District of Columbia recently found the U.S. Army Corps of Engineers “violated the [NEPA] when it granted an easement to Dakota Access to construct and operate a segment of that crude-oil pipeline running beneath the lake,” the memorandum opinion reads. The court said the Corps failed to produce an Environmental Impact Statement “despite conditions that triggered such a requirement.”

In Monday’s ruling, Judge James E. Boasberg vacated the Corps’ decision to grant Dakota Access a crucial federal permit and ordered the pipeline be shut down while regulators conduct a broader environmental analysis of the pipeline the court ordered in a previous decision. 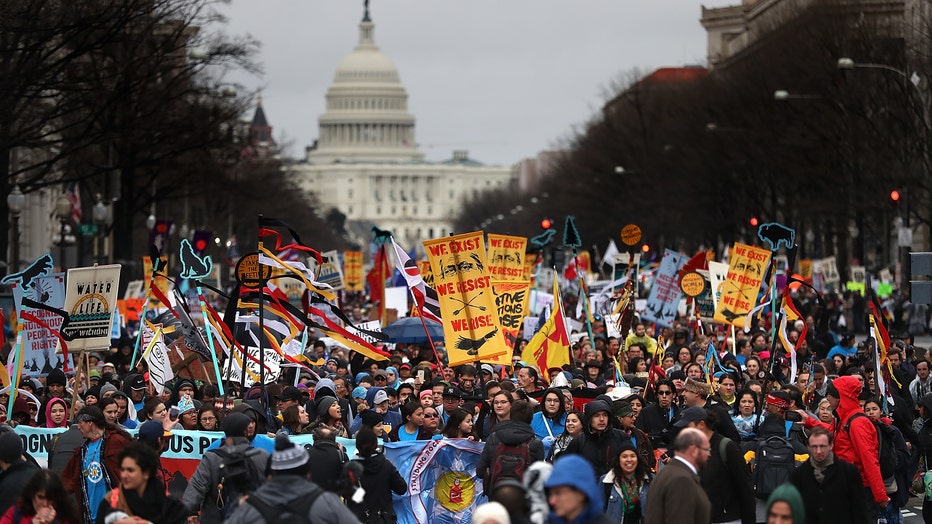 WASHINGTON, DC - MARCH 10: Protesters march during a demonstration against the Dakota Access Pipeline on March 10, 2017 in Washington, DC. Thousands of protesters and members of Native nations marched in Washington DC to oppose the construction of th (Justin Sullivan/Getty Images / Getty Images)

“Clear precedent favoring vacatur during such a remand coupled with the seriousness of the Corps’ deficiencies outweighs the negative effects of halting the oil flow for the thirteen months that the Corps believes the creation of an EIS will take,” Boasberg wrote in his decision.

Boasberg said Dakota Access must shutdown the pipeline and empty it of oil by Aug. 5, approximately three years after the controversial pipeline began carrying oil despite months of protests near the Standing Rock Sioux Reservation in North Dakota.