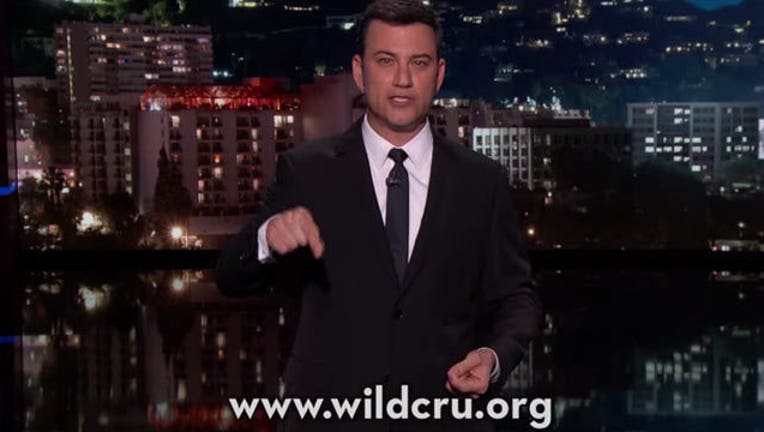 “The big question is why are you shooting a lion in the first place?” Kimmel said. “I mean, I’m honestly curious to know why a human being would feel compelled to do that. How is that fun? Is it that difficult for you to get an erection that you need to kill things? If that’s the case, they have a pill for that.”

“I’m not against hunting – if you’re hunting to eat or to help keep the animal population healthy or it’s part of your culture or something, that’s one thing,” Kimmel said. “But if you’re some A-hole dentist who wants a lion’s head over the fireplace in his man cave so his douche bag buddies can gather around it and drink scotch and tell him how awesome he is, that’s just vomitous.”

The monologue reached a crescendo when Kimmel became choked up with emotion in turning this negative into a positive. The host is steering people toward http://www.wildcru.org to donate to the wildlife preservation group who had previously been keeping track of Cecil the lion.