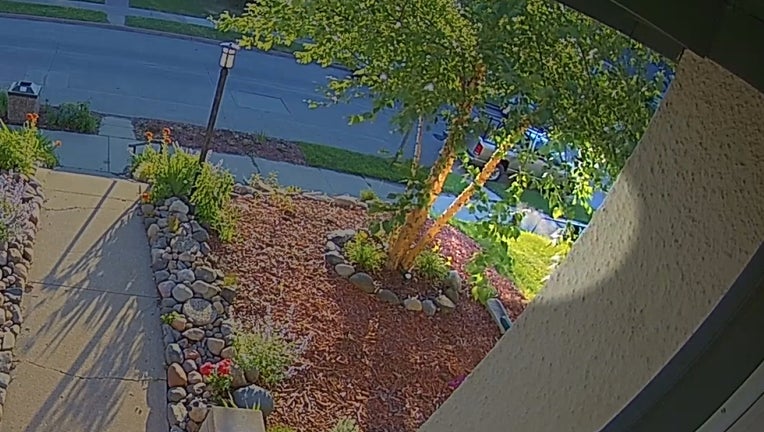 Travis Joseph’s surveillance video captured what appeared to be bullets shot near his home amid the ongoing violence. (FOX 9)

MINNEAPOLIS (FOX 9) - Residents in the Jordan neighborhood of north Minneapolis say they have had enough of drive-by shootings that force them to live in fear.

Residents call for end to recent violence in Minneapolis

Residents in the Jordan neighborhood of north Minneapolis say they have had enough of drive-by shootings that force them to live in fear.&nbsp;

“The bullets hit right over here and you could see the smoke kinda billow up,” said Joseph.

The violence been going on for months, but most recently it’s been back-to-back the last four evenings after a 17-year-old boy who lived on the street was shot and killed.

“It’s the worst I’ve ever seen in my life, honestly I’ve never been that scared than I have been these last couple of weeks,” said Joseph.

The cars parked along Knox Avenue North are getting hit over and over again. One woman didn’t want to go on camera, but told FOX 9 she’s terrified.

As the shots keep coming, there’s confusion with defund the police effort. Residents say they’re unsure if they should contact the police. Many residents think the city’s priorities have been off for quite a while.

“Let’s deal with what the priorities are,” said Joseph. “It doesn’t matter if menthol cigarettes are banned in Minneapolis if you get shot before you can buy them.”

In the end, they all just simply want to be safe.

“Everyone in this neighborhood is tired,” said Joseph. “Doesn’t matter your race, your color, your religious background, if you like the cops, you don’t like the cops, people are tired of this. It’s like mayhem. Anarchy.”

“So I’m just asking everybody from the bottom of my heart – please, please if you can stop the violence just stop. And that’s it,” said the woman.

While there has been frustration over police response, a Minneapolis Police Department spokesman says officers do investigate these incidents and they are investigating the recent violence. Residents told FOX 9 that police are planning to put up a camera 30th Avenue North and N Knox Avenue.