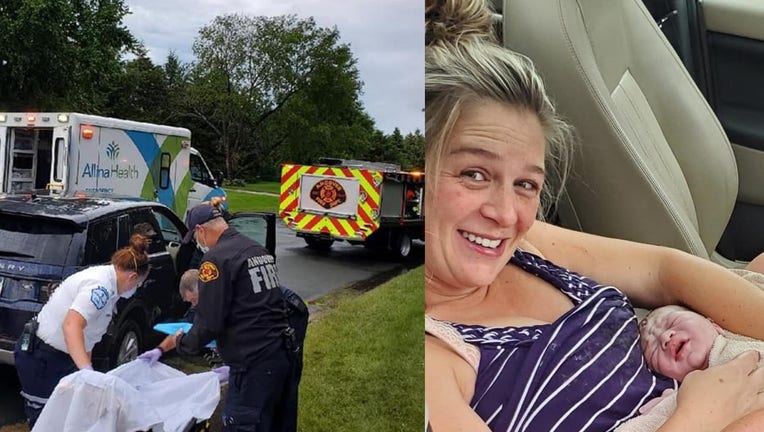 Andover firefighters helped respond after a baby was born in a vehicle on Monday, Aug. 31. (Brianna Maciej)

ANDOVER, Minn. (FOX 9) - When it comes to having a baby, timing is sometimes out of your hands.

Monday morning, a baby just couldn't wait to make his entrance and instead decided to arrive in his parents' SUV while they were headed to the hospital in Maple Grove.

"It was a wild morning," said Brianna Maciej, now a mother of three children.

Maciej says when her water broke that morning, she and her husband Andy got in the car. But as they made the drive from Oak Grove, the contractions started getting closer and closer.

"We kind of knew as soon as my water broke that we wouldn't have much time, but we never thought it would have been this fast," said Maciej.

The couple pulled over in Andover and her husband called 911.

"By the time he pulled over and walked around, he opened the door and he's like the baby is crowning," said Maciej. 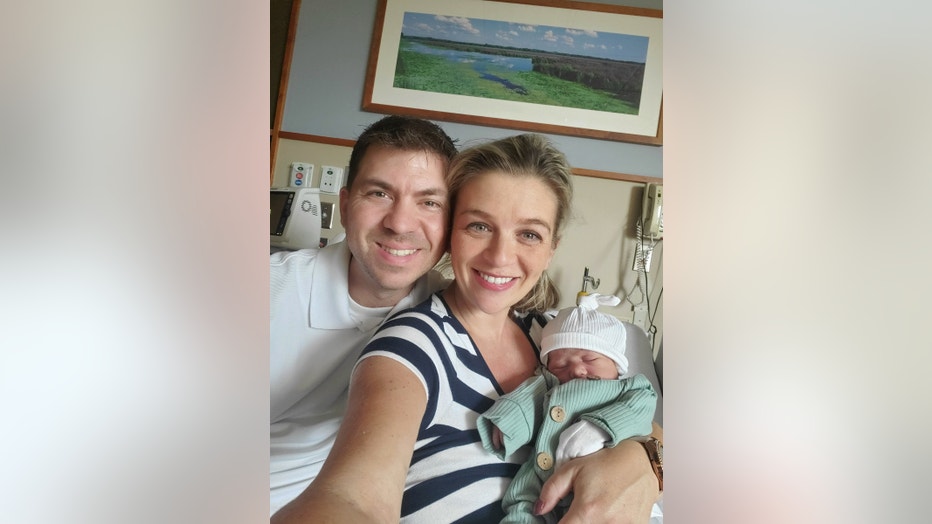 The Andover Fire Department responded to help, but by the time they arrived, little Weston Dean had already made his entrance into the world. The 911 dispatcher walked her husband through tying off the umbilical cord with his shoelace.

Maciej says she's thankful the newest addition to their family is healthy, weighing in at 7lbs 8oz and 19.5 inches.

"If this was our first baby, it would have been really crazy, but my husband was pretty calm and didn't panic," said Maciej.