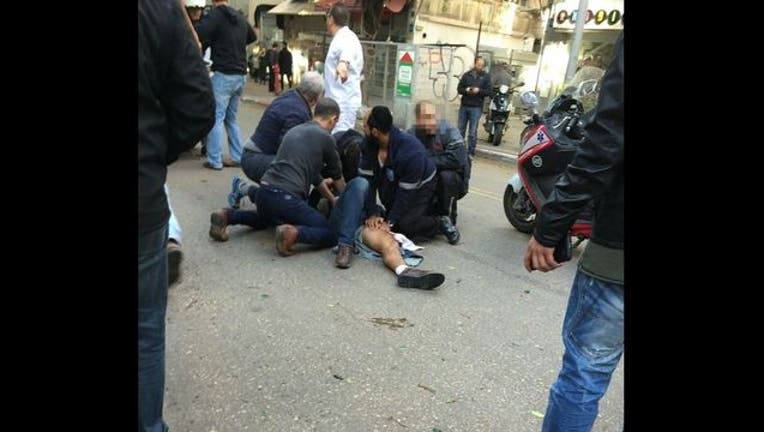 JERUSALEM (AP) -- A gunman opened fire at a popular bar in the central Israeli city of Tel Aviv on Friday afternoon, killing two and wounding at least three others before fleeing the scene, police said. The police said the motive for the attack, which took place on a busy main street in central Tel Aviv, was not immediately clear and it was not known if the attacker was Palestinian or if it was a gangland shooting.

Spokeswoman Luba Samri said five people were wounded, two of whom died in hospital. She said a massive manhunt was underway for the shooter. Large police forces were deployed at the scene.

In this video, a woman who identifies herself as Lily, the owner of a nearby beauty salon, describes hiding during the incident. Video source: Twitter/MegRobertson

The attack comes amid more than three months of almost daily Palestinian attacks against Israeli civilians and soldiers. On the Israeli side, 21 people have died, mostly in stabbings, shootings and car-ramming attacks. At least 131 Palestinians have been killed by Israeli fire, 90 of them identified by Israel as assailants. The rest died in clashes with security forces.

Channel 10 reported that an assault rifle was used in Friday's attack.