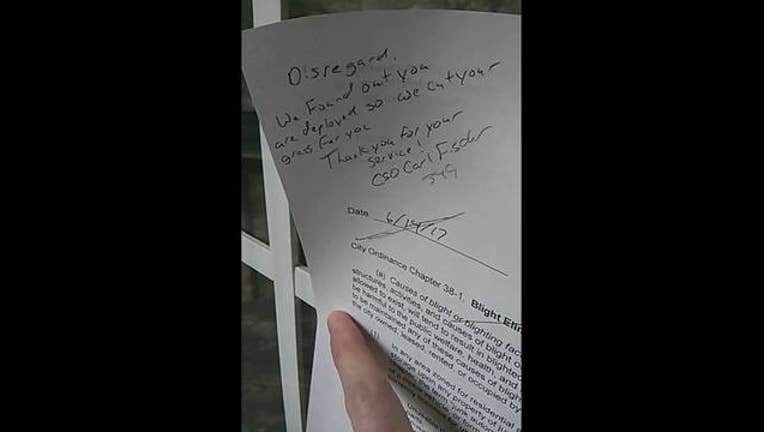 GRAND RAPIDS, Minn. (KMSP) - Employees from the Grand Rapids Public Works Department helped mow a man's overgrown lawn after they discovered that he had been deployed at the time.

On June 14, Community Service Officer Carl Fischer discovered a blight violation at a home in Grand Rapids. He noticed that nobody was at the home and that it was for sale.

Fischer called the realtor to determine who lived at the house, and discovered that the owner was a serviceman who had been deployed. He then called Sgt. Robert Stein to ask if there was a way to take care of the man's lawn.

He also left a note on the now canceled citation.

"The lawn is the last thing on this person's mind...he's got bigger fish to fry," Fischer said. "So a lot of people got together to help out a service member."

Fischer said that if public works hadn't jumped in, he probably would have taken care of the issue himself.