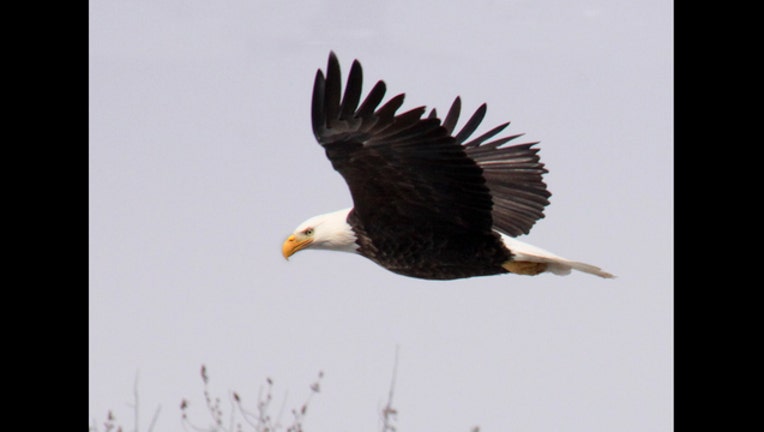 WASHINGTON (AP) - Authorities say an injured bald eagle has been found in the nation's capital.

The bird was found Saturday afternoon in the Southeast section of Washington, D.C. It was unable to fly, appeared lethargic and had labored breathing.

The cause of the eagle's condition was not immediately known, according to the newspaper account Sunday. It was taken into the care of the Humane Rescue Alliance, an animal welfare group.

Reports on Sunday said it's highly unusual to find an injured bald eagle in the capital city. It was found 2 miles (3.2 kilometers) from where two eagles have nested for years in a tree at the city's police academy. There was no report Saturday of any injury to either of those two eagles.