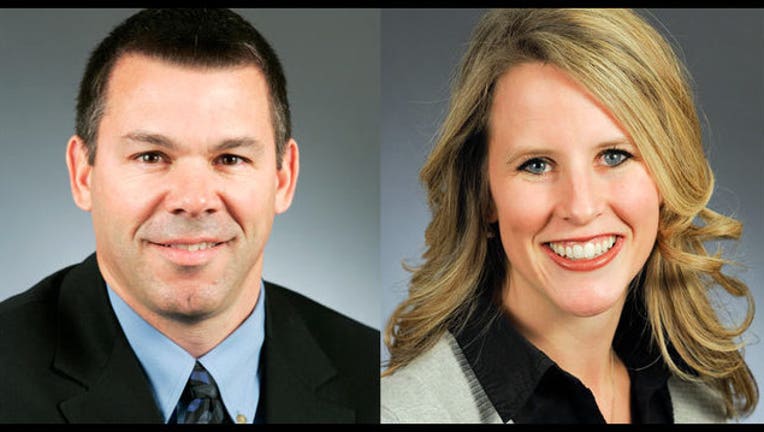 “When I was roughly 20 yards away, I noticed both parties were leaned in towards the center of the car engaging in intimate behavior,” Moses wrote.

The ranger noted that Mack’s pants and belt were pulled down to mid-thigh, and she was wearing blue-teal underwear. When asked why her pants were pulled down, Kelly and Mack “both gave no response to the question and the female tried to cover herself up by repositioning in her seat and folding her hands above the exposed area.”

"Since becoming a State Representative in 2009, I have been a strong supporter of our men and women in law enforcement. I understand that the Park Ranger was trying to do his job. I have the utmost respect for the work law enforcement does to keep Minnesotans safe and I apologize for offending these great men and women."

“After serious reflection on the last two weeks, I can say that I am disappointed in myself for the way I handled my disagreement with a park ranger. I reacted to this in an emotional way and certainly without respect and professionalism. Several of my own family members serve in law enforcement and I have nothing but respect for the entire community. There is a proper way to handle conflicts and as a state representative you should certainly expect me to do so. I apologize to my constituents, to the law enforcement community and to the state of Minnesota.”

“While I am glad that Rep. Kelly and Rep. Mack have apologized to the law enforcement community, I repeat my request that they apologize directly to the law enforcement official and Dakota County Sheriff’s Office whose reputations they have tarnished," Rep. Schoen said in a statement. "Rep. Kelly called this officer’s report an ‘absolute lie’ and Rep. Mack called it ‘completely false.’ Neither Rep. Kelly nor Rep. Mack have apologized for making those accusations. And as I stated in my letter last Friday, it is unacceptable to allow Rep. Kelly and Rep. Mack’s serious allegations to go unresolved.”

Concern amongst the DFL caucus was echoed by House DFL leader Paul Thissen in a statement Monday:

"I have had several members contact me to express concern that Rep. Kelly and Rep. Mack made what increasingly appear to be false claims against law enforcement officials. They continue to express frustration that with today's statement, neither member answers the central question about whether the initial claim that the officer lied was false, or takes responsibility for their actions. That's what members believe is the central issue and what needs resolution."