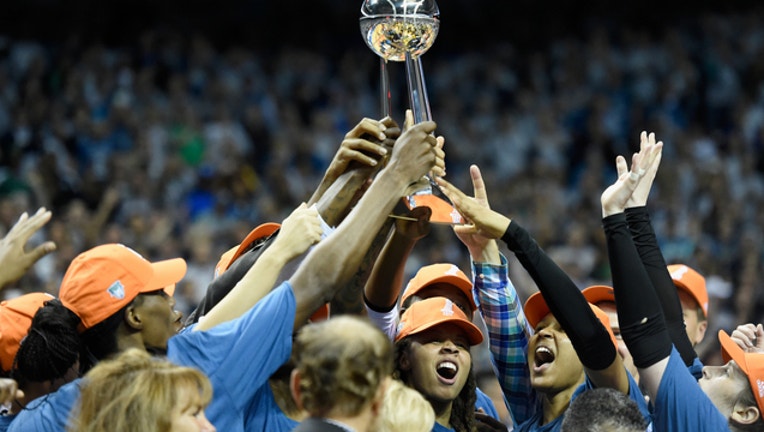 (KMSP) - In lieu of a White House visit following their fourth WNBA Championship, the Minnesota Lynx have opted instead for an afternoon of community service in the Washington, D.C. area Wednesday ahead of their game against the Washington Mystics.

Members of the team have been publicly critical of President Donald Trump and said previously that they would think twice about attending a visit to 1600 Pennsylvania Ave. If invited, though no invitation was ever formally extended. They were previously invited to the White House by President Barack Obama after championships in 2011, 2013 and 2015.

The Lynx play the Washington Mystics Thursday but arrived in town on Tuesday in order to coordinate an event with nonprofit Samaritan's Feet Shoes of Hope at a local elementary school. Minnesota players and team officials will help give out shoes and socks to all 340 students, also washing the kids' feet if they choose.

The event will take place at Payne Elementary in Washington, a school which qualifies for Title 1 assistance due to its high percentage of students who come from low-income backgrounds.