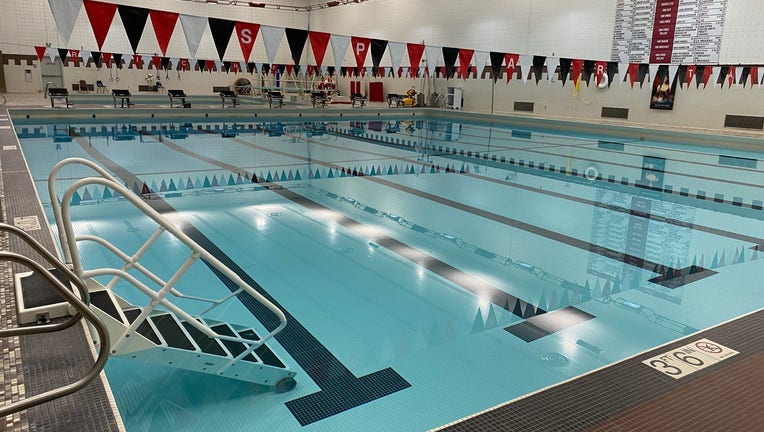 RICHFIELD, Minn. (FOX 9) - At only 12 years old, Da’Von Lewis knows firsthand something most people will never know: What it’s like to drown.

“All I could feel was water just coming straight through my mouth,” he said. “I was terrified.”

At only 12 years old, Da’Von Lewis knows firsthand something most people will never know: What it’s like to drown.

“They told me I was sinking underwater and a kid saved me and they told a teacher, then they called the safety team to come get me,” Lewis recalled.

He admitted he’s not much of a swimmer and went into the deep end when he shouldn’t have. He said he wanted to hang out with his friends who were swimming there.

After a few minutes with his friends, he decided to get out, but started struggling and went under.

“Really couldn’t do anything,” he said. “I was just in place. Kept going up and down in the water. I didn’t really know what to do.”

Lewis was told a kid next to him saw him go under and called for help. Lewis was pulled out before he sunk to the bottom, but still wasn’t breathing and was without a pulse for several minutes.

Yesterday at Richfield Middle School, a student in PE class who did not have strong swimming skills entered the dive pool. Several students and the PE teacher were able to remove the student from the water and administered CPR. The student regained consciousness and was transported to Children’s Hospital.

“We are very grateful for the quick-thinking students and staff who responded to a student in distress. That student is safe at home with his family today because of their efforts,” said Superintendent Steven Unowsky.

Richfield Middle School provides an eight-day swimming unit as part of the PE curriculum. The unit is designed for students of all skill levels from the beginning non-swimmer to the advanced swimmer. It focuses on survival skills and basic swim strokes. We believe strongly in this program for our students because there are 10 accidental drownings each day in the U.S. (according to the CDC) and the rate for children of color is up to three times higher than their white peers.

“This incident validates the need to have students participate in the water safety unit,” said Richfield Middle School Principal Dr. Carlondrea Hines. “We are fortunate to have a pool at our school and to be able to teach students how to be safe around the water and also to build basic swimming skills.”