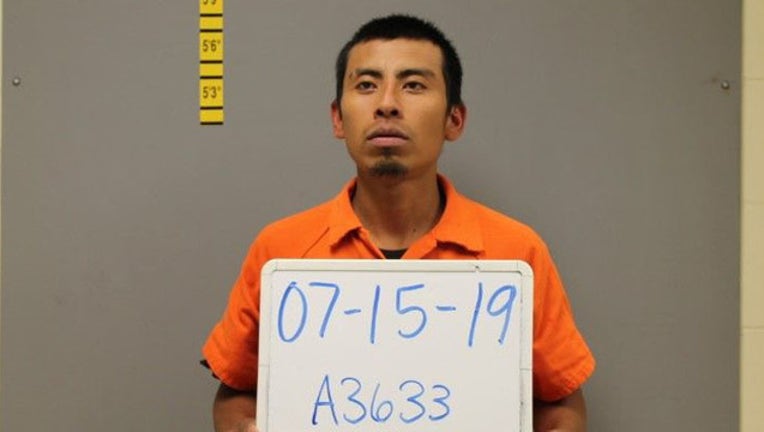 The Freeborn County Sheriff's Office said Victor Nava-Urioste, 26, was taken into custody at 10:50 a.m. in St. Paul. He was driving a stolen vehicle at the time.

According to the sheriff's office, ICE officers attempted to stop his vehicle, but Nava-Urioste refused to pull over and led police on a chase. The pursuit ended on a dead end road, where he fled on foot. He was apprehended a short time later.

Nava-Urioste had escaped from the Freeborn County Adult Detention Center in Albert Lea, where he was being held on an ICE detainer.

According to the sheriff’s office, at 5:30 p.m., deputies at the jail noticed that Nava-Urioste had escaped through a jail door that was believed to have been locked, but was unlatched. He then walked through a hallway that leads to an exterior door at the southwest corner of the Freeborn County Government Center.

Video showed Nava-Urioste leaving the government center at about noon. He was seen walking across Broadway Avenue South between Front Street and Pearl Street.

At 2 p.m., the Albert Lea Police Department took a complaint about a stolen vehicle from Graceland Cemetery on the west side of the city. The suspect described in the vehicle theft matched Nava-Urioste.

The investigation into the incident is ongoing.