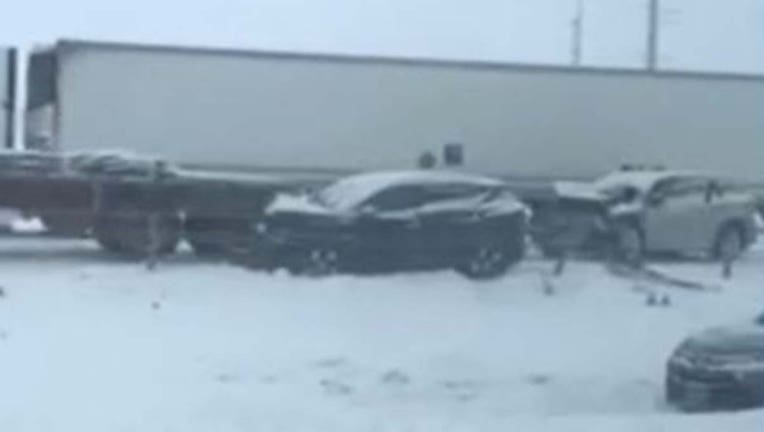 ASHBY, Minn. (FOX 9) - Interstate 94 is back open near Ashby, Minnesota after a crash involving around 50 vehicles Saturday afternoon shut down eastbound lanes, according to the Minnesota State Patrol.

The eastbound lanes of I-94 were closed from Exit 67 Otter Tail County Road 35 (near Ashby) to Exit 82: MN 79 (near Evansville). Traffic was diverted at eastbound exit 77 for a temporary road closure.

State Patrol said there are no fatalities or serious injuries. However, one man was transported to the hospital for treatment of non-life-threatening injuries.

Jeremy Latterner drove past the crash as his daughter captured a video in the back seat, showing the few dozen vehicles involved. Between 35 and 40 vehicles were damaged in the crash while about another 30 vehicles were involved in the incident, including some that spun out or slid off the road, but were not damaged.

In a video from Jeremy Latterner, there appears to be a few dozen vehicles involved in the Christmas crash on Interstate 94 eastbound in west central Minnesota. Latterner said his daughter Mandy took the video from the back seat.

The crash started with a collision between two vehicles, troopers say, that blocked the roadway and caused vehicles behind them on the highway to crash.

MnDOT traffic cameras in the west-central Minnesota area showed snowy roads. A traffic camera at I-94 EB and Township Highway 79 near Evansville, Minnesota showed a sign that reads, "CRASHES 15 MILES AHEAD USE CAUTION." 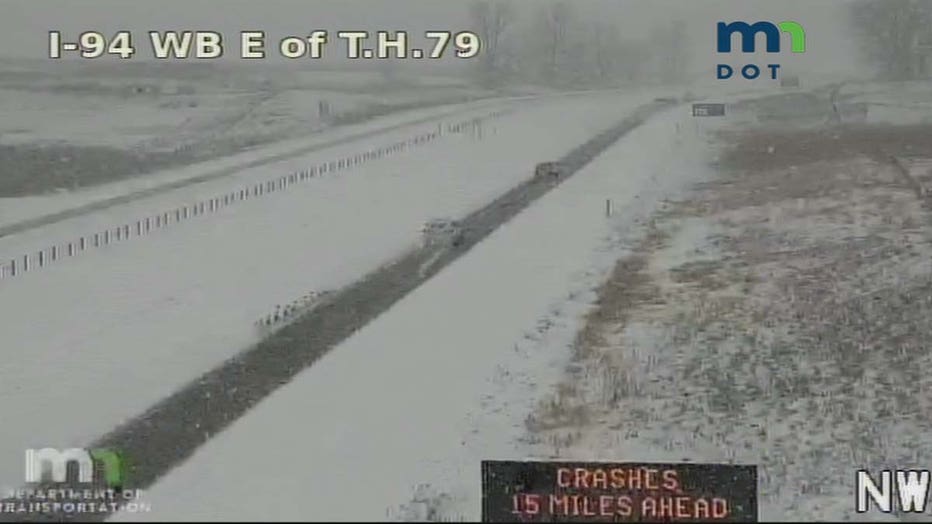 A traffic camera at I-94 EB and Township Highway 79 near Evansville, Minnesota shows snowy road conditions and a sign that reads, "CRASHES 15 MILES AHEAD USE CAUTION"