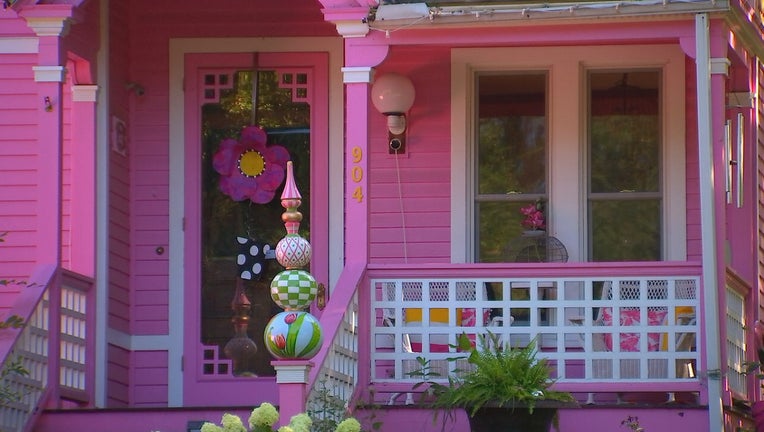 HUDSON, Wis. (FOX 9) - Short-term vacation rentals are more popular now than ever, but a property owner in Hudson, Wisconsin is in legal hot water for renting out some of the city's most well-known houses without a license.

On the banks of the St. Croix River, Hudson is a popular place for a quick getaway. But, two of its most distinct places to stay are under fire from the city.

Owner of pink castle rental in Hudson, Wis. under scrutiny for operating without license

Short-term vacation rentals are more popular now than ever, but a property owner in Hudson, Wisconsin is in legal hot water for renting out some of the city's most well-known houses without a license.

"We want people to rent properties and come visit, we just want to make sure the properties are properly licensed," said Hudson City Administrator Aaron Reeves.

The Victorian mansion, known as the pink castle, lives up to its name with its bright color outside and its over-the-top decor inside. Meanwhile, the goth castle boasts a pair of gargoyles out front to go with its darker sensibility.

But, earlier this week, the City of Hudson filed an injunction in St. Croix County Circuit Court to stop their owner, Brooke Fleetwood, from operating them as short-term rentals because they don't have the proper licenses.

"Unfortunately, a lot of times with properties like this you do tend to get neighbor complaints about loud noises, parties… so it’s a way for us to know not only which properties are short-term rentals, but also that they meet all the health and safety standards that are met by the state and the city," Reeves said.

Hudson officials say both houses also have pools that don't meet commercial standards as required by the county.

The City of Afton, Minnesota has also charged Fleetwood with misdemeanors for violating noise ordinances and operating a short-term rental without a license on a property she owns in that community.

"We tried to go through every other step we could to work with the property owner to come into compliance. Unfortunately, we weren't able to and we feel this is our last resort," Reeves said.

A few years ago, Fleetwood butted heads with the City of Hudson after painting her facial spa bright pink, which city officials said violated zoning codes. But, the city eventually granted an exemption, and Hudson officials say her current legal issues are unrelated.

"Our only goal is to reach compliance. Once they are, we'll be happy to see them up back up and running again," Reeves said.

FOX 9 did reach out to Fleetwood and her attorney, but they did not have a comment.