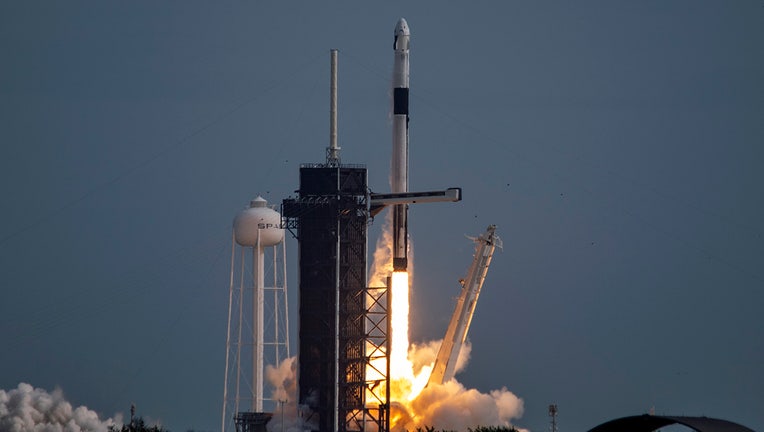 The Falcon 9 rocket lifts off on its in-flight abort mission back in January. (FOX 13 file photo)

CAPE CANAVERAL, Fla. - Two astronauts are once again getting ready for the first crewed launch from Kennedy Space Center in nine years. Robert Behnken and Douglas Hurley are set to ride a SpaceX Falcon 9 rocket into orbit in a test flight of the company’s Dragon capsule.

The mission will mark the first launch of a crew to orbit from anywhere in America since Atlantis closed out the space shuttle program in July of 2011.

Their first attempt Wednesday was scrubbed late in the countdown because of lightning potential from a nearby thunderstorm. They are trying again Saturday.

WHEN IS LAUNCH TIME?

The launch window is instantaneous, meaning if any technical issues pop up late in the countdown or if the weather is bad again, there is no chance to recycle and try again later in the afternoon.

WHAT IS THE FORECAST?

Meteorologists with the Space Force's 45th Space Wing predict only a 50-percent chance that weather will allow a launch Saturday, but it's enough to proceed with the countdown. Their primary concerns are thunderstorms in the area.

The next launch opportunity is Sunday, May 31 at 3 p.m., with only a slightly better forecast.

WILL I BE ABLE TO SEE THE LAUNCH FROM FLORIDA?

NASA and SpaceX are encouraging tourists to sit this one out because of the COVID-19 pandemic. Some of the area’s traditional launch-viewing spots are closed, while others are operating at reduced capacity for social-distancing reasons.

But that did not stop thousands of people from attending Wednesday's launch attempt. The roads, bridges, and beaches along the Space Coast were packed with onlookers even hours after the scrub. Local officials expect even more crowds for Saturday. 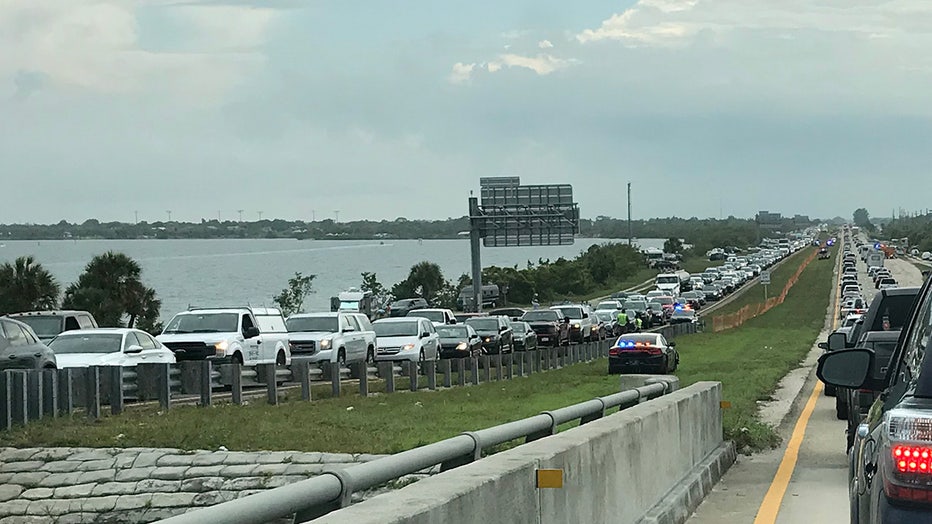 Traffic in Port Canaveral was at a standstill for miles after Wednesday's launch attempt.

Some rocket launches are visible from as far away as Orlando, the Tampa Bay area, and even South Florida. But the Falcon 9 rocket is much harder to spot than the space shuttle was.

The shuttle’s two solid rocket boosters burned with a brilliant flame and left a bright white trail of exhaust, easily visible for miles. And while the aptly-named Falcon 9 booster does have nine engines, they don’t produce flames as bright as the shuttle. And as liquid-fueled engines, they leave almost no exhaust plume in the sky. 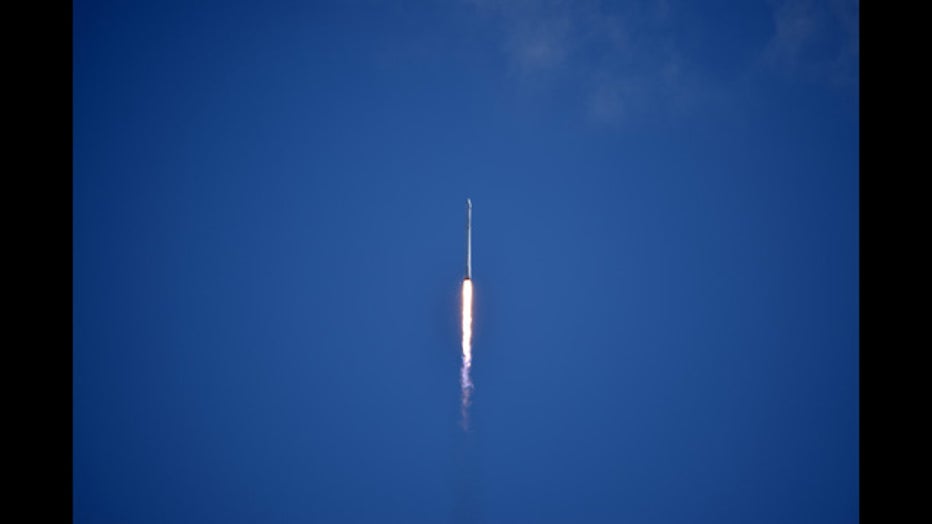 A Falcon 9 in flight does not leave a noticable exhaust plume. (FOX 13 file photo)

Local weather, of course, also plays a major role in how easy it is to spot a rapidly climbing rocket. Florida’s typical summertime haze and storms could be a factor from almost anywhere.

Fans of SpaceX’s sonic-boom-producing seaside booster landings will be disappointed. The Falcon 9’s first stage will be returning to the drone ship out in the Atlantic, rather than Landing Zone 1.

HOW TO WATCH ONLINE

Given all of that, the best way to watch the DM-2 launch will likely be online. NASA and SpaceX will each have simulcast launch coverage feeds going.

NASA TV has been covering missions for decades, using the agency’s public information officers, experts, and sometimes former astronauts. Their coverage will also be available on the NASA TV channel, which is available on some cable carriers.

NASA’s coverage is scheduled to start at 11 a.m. Saturday.

SpaceX says their streaming coverage will begin about four hours prior to launch. Wednesday, they offered a second stream featuring a clean feed of the preparations on their website, in addition to the joint NASA stream.