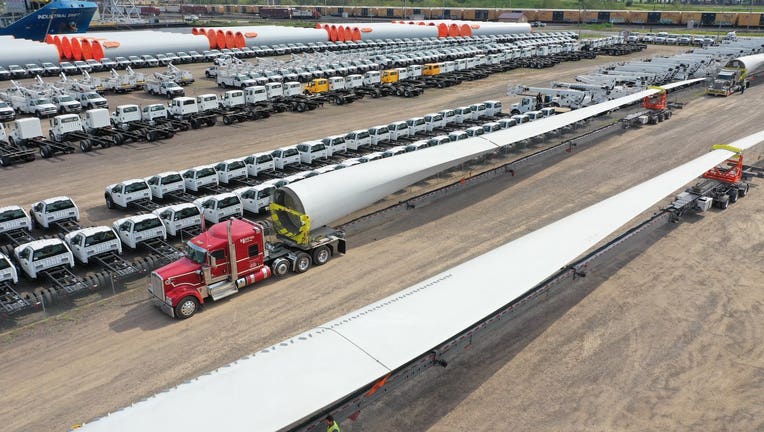 Spanning more than the length of a football field, hauling wind turbine blades is a unique challenge. (MnDOT)

(FOX 9) - Nothing puts the size of wind turbines in perspective like passing one on Minnesota’s roads.

Thursday, MnDOT posted photos showing the unusual and extensive process of transporting wind turbine blades from the Duluth-Superior Harbor into Minnesota after they arrive on ships from Europe.

According to MnDOT, about 80,000 oversize and overweight permits are issued each year, 5,000 of which are for wind turbine blades. 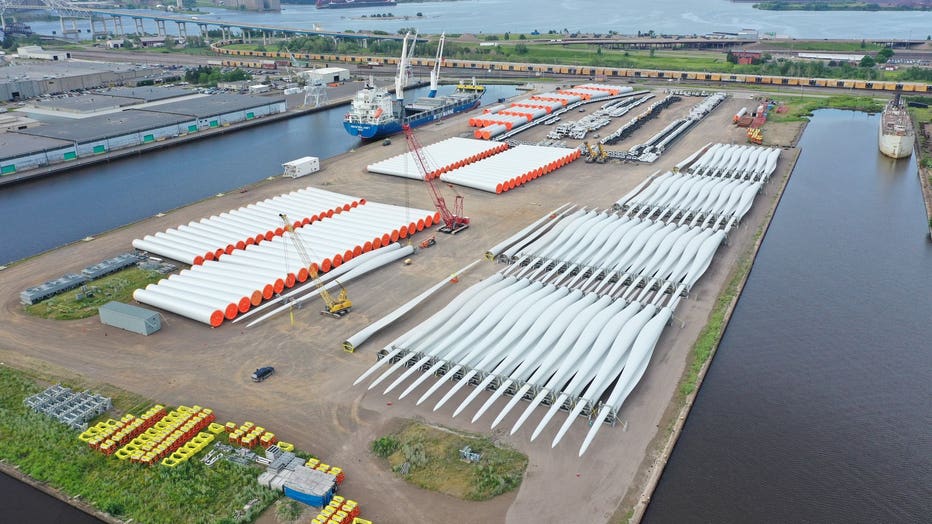 The wind industry organization Windustry says large wind turbine blades like the ones shown in the MnDOT photos are typically 325 feet long, or a little longer than a football field. 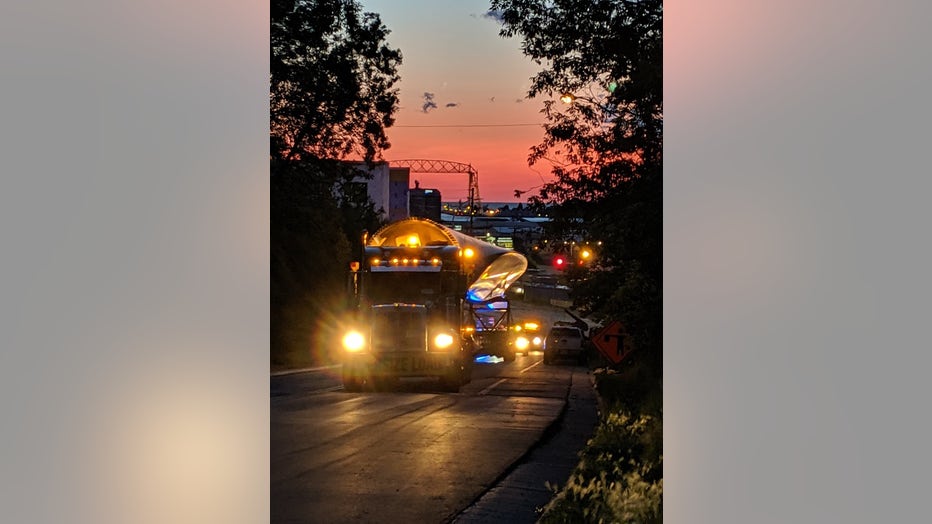 MnDOT noted that Minnesota’s roads were not built with these enormous loads in mind, so moving the turbines requires trucks that can make turns, navigate the vertical clearances under bridges and won’t bottom out on raised, or humped, intersections.