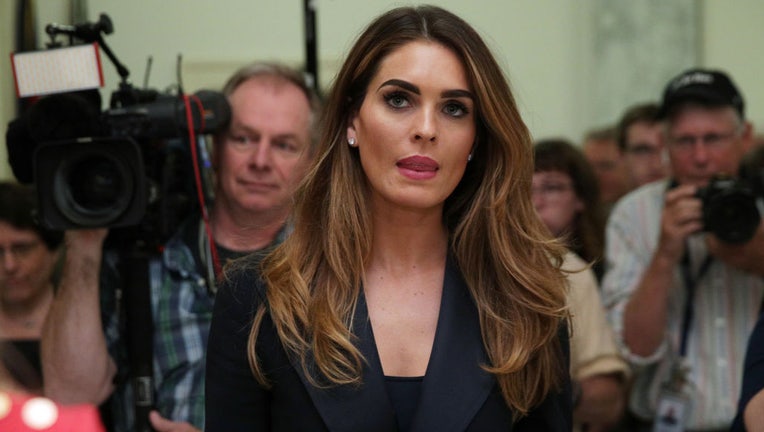 WASHINGTON - The House Jan. 6 committee is interviewing Hope Hicks, a longtime aide to former President Donald Trump, according to a person familiar with the meeting.

Tuesday's interview comes as the investigation is winding down and as the panel has subpoenaed Trump for an interview in the coming weeks. The person requested anonymity to discuss the closed-door meeting.

Hicks did not play a major role in the White House response to the Jan. 6, 2021 insurrection, in which hundreds of Trump's supporters broke into the U.S. Capitol and interrupted the certification of President Joe Biden's victory. The longtime Trump communications aide was still working there at the time but left the White House in the days afterward.

Still, Hicks had been one of Trump's most trusted aides. And she was looped in on some texts and emails that day ahead of the then-president's speech outside the White House and before the violence unfolded, according to CNN, which obtained copies of texts turned over by former White House chief of staff Mark Meadows.

But she declined to answer questions about her time in the White House to House Democrats who were investigating the former president in 2019, after Mueller's report came out, citing privilege concerns.

RELATED: Inside the subpoena: What the Jan. 6 panel wants from Trump

The Jan. 6 panel has interviewed more than 1,000 witnesses, including multiple White House aides, and has established that Trump was repeatedly told by some of his closest advisers that he had lost the 2020 election. But he continued to spread false claims of widespread election fraud, and his supporters who stormed the Capitol repeated them.

The nine-member panel issued a letter to Trump’s lawyers late last week demanding his testimony, either at the Capitol or by video conference, "beginning on or about" Nov. 14 and continuing for multiple days if necessary. The letter also outlined a sweeping request for documents, including personal communications between Trump and members of Congress as well as extremist groups.

Trump has not yet responded to the subpoena.

The committee held nine hearings this year and is expected to come out with a final report by the end of the year.