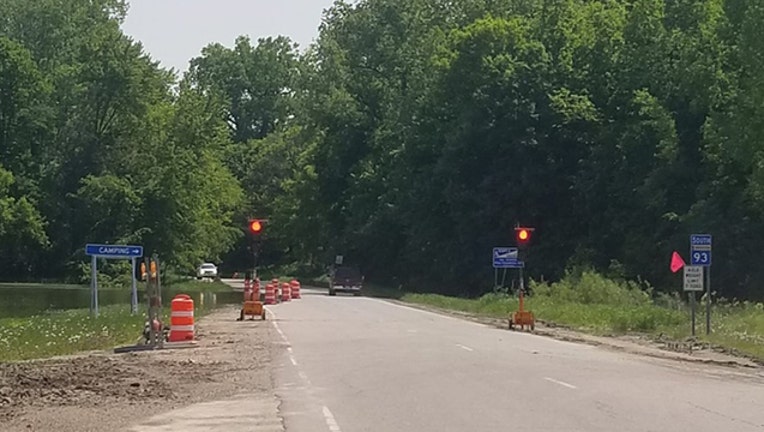 HENDERSON, Minn. (FOX 9) - Shortly after the Henderson area was hit with another round of flooding, part of Highway 93 is back open.

According to Henderson police, Highway 93 South of Henderson to Highway 169 is back open after the Memorial Day weekend rains forced closures once again. Just this April, the highway was closed for weeks due to flooding.

Though the highways are open, temporary stop lights have been installed at Highway 93 and Ridge Road because of water over the road.

Officials say the speed limit is 30 mph at the stop lights and 50 mph after that.