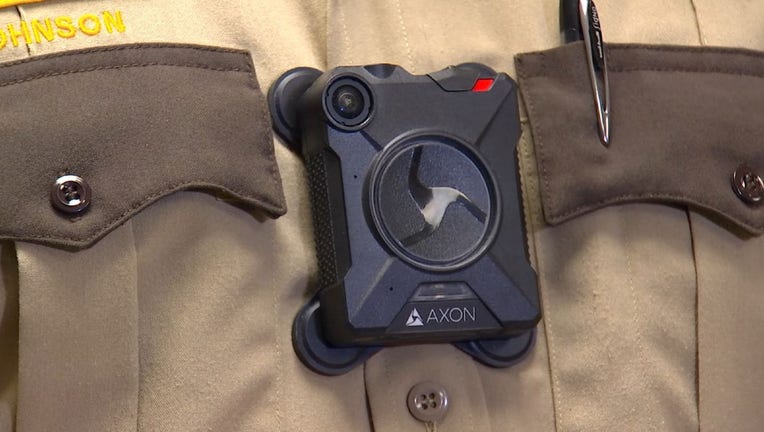 A deputy models a body-worn camera.

MINNEAPOLIS (FOX 9) - The Anoka County Sheriff's Office and the Hennepin County Sheriff confirmed to FOX 9 that their deputies will not participate with the U.S. Marshal Fugitive Task Force until local law enforcement will be allowed to wear body cameras while on the task force.

This comes a day after Ramsey County Sheriff Bob Fletcher made the same announcement regarding his department.

The body camera issue came to light after a Hennepin County deputy and a Ramsey County deputy fatally shot a man at a Minneapolis parking garage last week while serving on a U.S. Marshal Service task force. Due to the USMS' policy, the officers involved were not allowed to use their body cameras.

The Department of Justice announced late last year that local law enforcement will be allowed to activate their body cameras in certain circumstances. However, the policy has not been fully implemented in Minnesota, according to the Hennepin County Sheriff's Office.

Until the change is made, Hutchinson says his deputies will no longer go on assignment with the task force. The Anoka County Sheriff's Office announced in a statement it will also be "suspending participation" in the task force until a resolution is reached.

The Minneapolis and St. Paul police departments already had policies in place prohibiting their officers to participate with task forces that don't allow the use of body cameras.