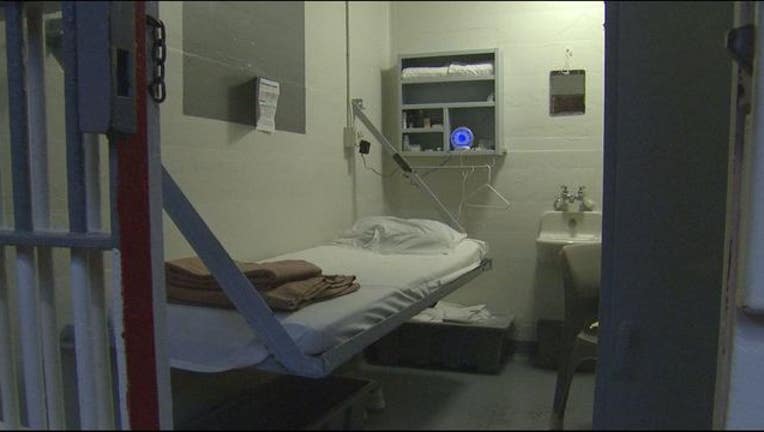 MINNEAPOLIS (KMSP) - The Trump administration on Monday published the first weekly report of law enforcement agencies that haven't cooperated with holding detainees for immigration officials. The Hennepin County Sheriff's Office showed up on the initial list for refusing to honor two requests to detain individuals from Mexico for Immigration and Customs Enforcement.

The Hennepin County inmates were booked for drug possession and possession of a weapon. Clark County, Nevada had the highest number of listed refusals, with at 51.

The Immigration and Customs Enforcement (ICE) Declined Detainer Outcome Report was part of an executive order signed by President Donald Trump in January that requires ICE to document which local jurisdictions aren't cooperating with federal efforts to find and deport immigrants in the country illegally. READ THE FULL EXECUTIVE ORDER BELOW

EXECUTIVE ORDER: ENHANCING PUBLIC SAFETY IN THE INTERIOR OF THE UNITED STATES

By the authority vested in me as President by the Constitution and the laws of the United States of America, including the Immigration and Nationality Act (INA) (8 U.S.C. 1101 et seq.), and in order to ensure the public safety of the American people in communities across the United States as well as to ensure that our Nation's immigration laws are faithfully executed, I hereby declare the policy of the executive branch to be, and order, as follows:

Tens of thousands of removable aliens have been released into communities across the country, solely because their home countries refuse to accept their repatriation.  Many of these aliens are criminals who have served time in our Federal, State, and local jails.  The presence of such individuals in the United States, and the practices of foreign nations that refuse the repatriation of their nationals, are contrary to the national interest.

(b)  Make use of all available systems and resources to ensure the efficient and faithful execution of the immigration laws of the United States;

(c)  Ensure that jurisdictions that fail to comply with applicable Federal law do not receive Federal funds, except as mandated by law;

(d)  Ensure that aliens ordered removed from the United States are promptly removed; and

(e)  Support victims, and the families of victims, of crimes committed by removable aliens.

Sec. 3.  Definitions.  The terms of this order, where applicable, shall have the meaning provided by section 1101 of title 8, United States Code.

Sec. 4.  Enforcement of the Immigration Laws in the Interior of the United States.  In furtherance of the policy described in section 2 of this order, I hereby direct agencies to employ all lawful means to ensure the faithful execution of the immigration laws of the United States against all removable aliens.

(a)  Have been convicted of any criminal offense;

(b)  Have been charged with any criminal offense, where such charge has not been resolved;

(c)  Have committed acts that constitute a chargeable criminal offense;

(d)  Have engaged in fraud or willful misrepresentation in connection with any official matter or application before a governmental agency;

(e)  Have abused any program related to receipt of public benefits;

(f)  Are subject to a final order of removal, but who have not complied with their legal obligation to depart the United States; or

(g)  In the judgment of an immigration officer, otherwise pose a risk to public safety or national security.

Sec. 6.  Civil Fines and Penalties.  As soon as practicable, and by no later than one year after the date of this order, the Secretary shall issue guidance and promulgate regulations, where required by law, to ensure the assessment and collection of all fines and penalties that the Secretary is authorized under the law to assess and collect from aliens unlawfully present in the United States and from those who facilitate their presence in the United States.

Sec. 7.  Additional Enforcement and Removal Officers.  The Secretary, through the Director of U.S. Immigration and Customs Enforcement, shall, to the extent permitted by law and subject to the availability of appropriations, take all appropriate action to hire 10,000 additional immigration officers, who shall complete relevant training and be authorized to perform the law enforcement functions described in section 287 of the INA (8 U.S.C. 1357).

Sec. 8.  Federal-State Agreements.  It is the policy of the executive branch to empower State and local law enforcement agencies across the country to perform the functions of an immigration officer in the interior of the United States to the maximum extent permitted by law.

(a)  In furtherance of this policy, the Secretary shall immediately take appropriate action to engage with the Governors of the States, as well as local officials, for the purpose of preparing to enter into agreements under section 287(g) of the INA (8 U.S.C. 1357(g)).

(b)  To the extent permitted by law and with the consent of State or local officials, as appropriate, the Secretary shall take appropriate action, through agreements under section 287(g) of the INA, or otherwise, to authorize State and local law enforcement officials, as the Secretary determines are qualified and appropriate, to perform the functions of immigration officers in relation to the investigation, apprehension, or detention of aliens in the United States under the direction and the supervision of the Secretary.  Such authorization shall be in addition to, rather than in place of, Federal performance of these duties.

(c)  To the extent permitted by law, the Secretary may structure each agreement under section 287(g) of the INA in a manner that provides the most effective model for enforcing Federal immigration laws for that jurisdiction.

Sec. 9.  Sanctuary Jurisdictions.  It is the policy of the executive branch to ensure, to the fullest extent of the law, that a State, or a political subdivision of a State, shall comply with 8 U.S.C. 1373.

(b)  To better inform the public regarding the public safety threats associated with sanctuary jurisdictions, the Secretary shall utilize the Declined Detainer Outcome Report or its equivalent and, on a weekly basis, make public a comprehensive list of criminal actions committed by aliens and any jurisdiction that ignored or otherwise failed to honor any detainers with respect to such aliens.

(c)  The Director of the Office of Management and Budget is directed to obtain and provide relevant and responsive information on all Federal grant money that currently is received by any sanctuary jurisdiction.

Sec. 10.  Review of Previous Immigration Actions and Policies.  (a)  The Secretary shall immediately take all appropriate action to terminate the Priority Enforcement Program (PEP) described in the memorandum issued by the Secretary on November 20, 2014, and to reinstitute the immigration program known as "Secure Communities" referenced in that memorandum.

(c)  To protect our communities and better facilitate the identification, detention, and removal of criminal aliens within constitutional and statutory parameters, the Secretary shall consolidate and revise any applicable forms to more effectively communicate with recipient law enforcement agencies.

Sec. 11.  Department of Justice Prosecutions of Immigration Violators.  The Attorney General and the Secretary shall work together to develop and implement a program that ensures that adequate resources are devoted to the prosecution of criminal immigration offenses in the United States, and to develop cooperative strategies to reduce violent crime and the reach of transnational criminal organizations into the United States.

Sec. 12.  Recalcitrant Countries.  The Secretary of Homeland Security and the Secretary of State shall cooperate to effectively implement the sanctions provided by section 243(d) of the INA (8 U.S.C. 1253(d)), as appropriate.  The Secretary of State shall, to the maximum extent permitted by law, ensure that diplomatic efforts and negotiations with foreign states include as a condition precedent the acceptance by those foreign states of their nationals who are subject to removal from the United States.

Sec. 14.  Privacy Act.  Agencies shall, to the extent consistent with applicable law, ensure that their privacy policies exclude persons who are not United States citizens or lawful permanent residents from the protections of the Privacy Act regarding personally identifiable information.

Sec. 16.  Transparency.   To promote the transparency and situational awareness of criminal aliens in the United States, the Secretary and the Attorney General are hereby directed to collect relevant data and provide quarterly reports on the following:

(a)  the immigration status of all aliens incarcerated under the supervision of the Federal Bureau of Prisons;

(b)  the immigration status of all aliens incarcerated as Federal pretrial detainees under the supervision of the United States Marshals Service; and

(c)  the immigration status of all convicted aliens incarcerated in State prisons and local detention centers throughout the United States.

Sec. 17.  Personnel Actions.  The Office of Personnel Management shall take appropriate and lawful action to facilitate hiring personnel to implement this order.

Sec. 18.  General Provisions.  (a)  Nothing in this order shall be construed to impair or otherwise affect:

(i)   the authority granted by law to an executive department or agency, or the head thereof; or

(ii)  the functions of the Director of the Office of Management and Budget relating to budgetary, administrative, or legislative proposals.

(b)  This order shall be implemented consistent with applicable law and subject to the availability of appropriations.

(c)  This order is not intended to, and does not, create any right or benefit, substantive or procedural, enforceable at law or in equity by any party against the United States, its departments, agencies, or entities, its officers, employees, or agents, or any other person.