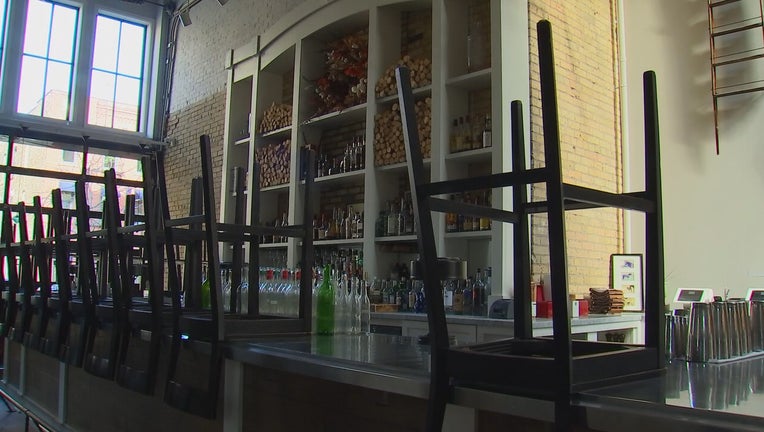 (FOX 9) - More than 500,000 Minnesotans have now lost their jobs over the past five weeks and it has left a lot of people wondering what’s next.

Half a million out-of-work Minnesotans apply for unemployment

More than 500,000 Minnesotans have now lost their jobs over the past five weeks and it has left a lot of people wondering what’s next.

Minnesota’s Department of Employment and Economic Development said in all of 2009, during the height of the Great Recession, a little more than 453,000 applications were received, fewer than the number of applicants in the last five weeks during the COVID-19 pandemic.

“I had never gone through unemployment,” said Brianna Knutson, who is currently unemployed. “I didn’t know what to do. Thankfully, I received unemployment.”

Knutson was laid off last year while six months pregnant. She was able to receive unemployment benefits for a while, but they ran out right before the stay-at-home order went into effect.

She was a finalist for a recruiter job, but the company put the position on hold.

“With the states being shut down, no one is really using gas, no one is going to work, so the production is way up, but the usage is so low,” said Mathew Blegseth, who worked in Minnesota and in the oil field in North Dakota.

As crude oil prices traded in the negative Monday for the first time ever, Blegseth is looking to get into another field as he collects unemployment.

"It's hard to apply for other jobs,” he said. “No one is really hiring."

“You can’t really call in and contact unemployment,” said Corrin Berglund, who is furloughed from her position at Granite City Food and Brewery. “That’s been everybody’s issue.”

While she is finally able to collect unemployment benefits after having issues the first two weeks she’s concerned about one of the hardest hit industries nationwide.

"There's nothing more that I want for myself and everybody else going through this that I want to get back to normal and get back to our jobs and our lives but unfortunately this virus doesn't allow that and it's not up to us,” Berglund said.