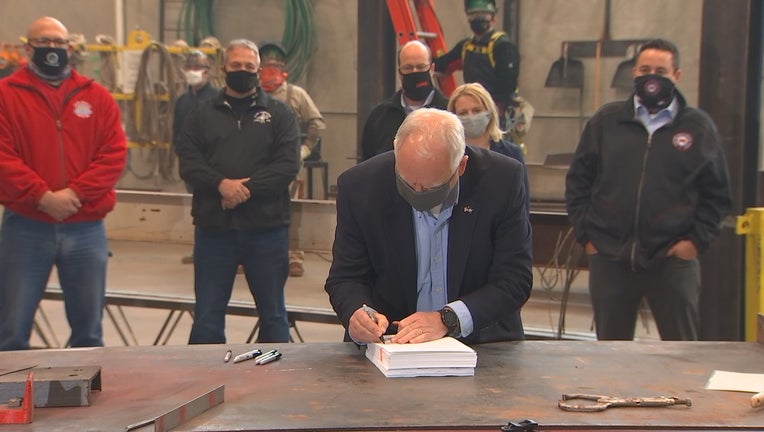 He made it official Wednesday at the Ironworkers Union Training Center in St. Paul. The construction trades and business groups were fighting for the bill. Lawmakers passed the bill last week, ending a months-long jam.

A nearly $2 billion bonding bill on its way to Gov. Tim Walz’s desk will have a huge impact on major projects and small repairs across the state.

“These bonding bills, if they’re done right, they fill the pipeline for several years,” said Walz. “You have several major projects here. The Kellogg Bridge in St. Paul is a big one, that’s going to take a few years.”

The package contains funding for a new state emergency operations center, plus public works projects around the state, tax breaks for farmers and businesses that buy new equipment and money to keep two state prisons from closing.