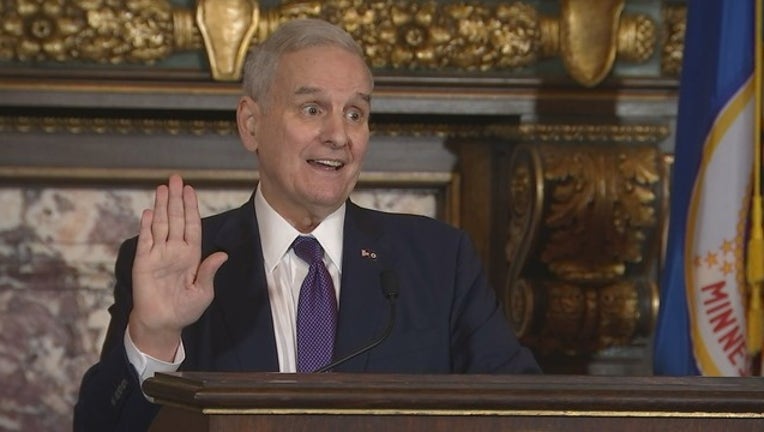 ST. PAUL, Minn. (KMSP) - Gov. Mark Dayton didn't have anything to do with that mysterious monkey corpse found by construction workers in the old Dayton's building—or so he says—though he did work there as a young man in the late 1960s.

When asked about the phenomenon Wednesday at the end of a nearly hour-long press conference, Dayton remembered hearing an old wives' tale of a monkey escaping from the store's jungle exhibit and finding its way into the building's ductwork—a story with legs, so to speak, after this week's discovery.

The governor said he spent the summer of 1968 working in the building, which used to house the Dayton's Department Store owned by his great-grandfather and is currently under renovation.

He also recalled during his time there a problem stemming from the eighth-floor exhibit, which used to house both monkeys and several types of tropical birds together.

"Somebody didn't figure out that these monkeys were carnivores," he said, getting a laugh from the press corps. "I won't get into graphic detail in front of the cameras here, but what I saw was one monkey and one bird and the next day they had some netting to separate the birds from the monkeys."

Nobody knows exactly where the Dayton's monkey came from—not even Gov. Dayton himself—though the original post on the Old Minneapolis Facebook page sparked a deluge of speculation in the comments section about how the animal met its end.

The old Dayton's building, meanwhile, is scheduled to reopen next summer as an office and retail complex with a food hall in the basement.