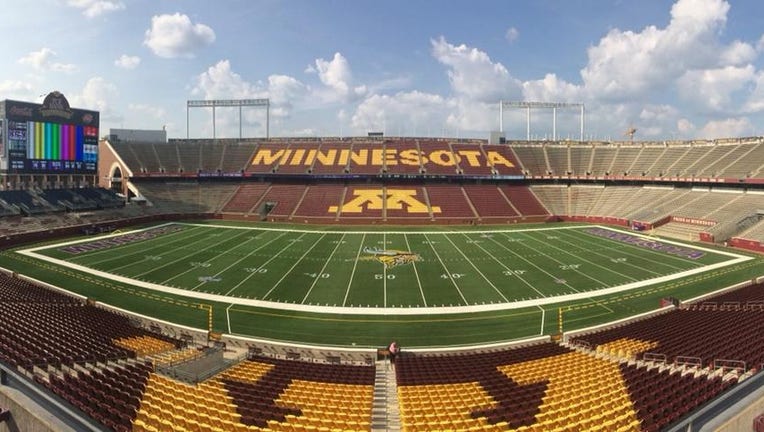 MINNEAPOLIS (FOX 9) - Update (Thursday, March 25): The University of Minnesota says it will not have fans at any of the remaining games and competitions for winter and spring sports, although fans could be allowed to attend the spring football game if it is scheduled.

Fans could be allowed at the remaining Minnesota Gophers games and competitions this season—including the spring football game, if scheduled—under the new policy announced by the Big Ten Conference.

The decision comes after the Big Ten decided to allow a limited number of fans to attend the Big Ten Men’s and Women’s Basketball Tournaments. For all remaining conference championships and tournaments, the Big Ten already announced it will defer to local health guidelines when it comes to having fans in the stands.

Under the current restrictions in Minnesota, outdoor venues like TCF Bank Stadium can host up to 10,000 people, while indoor venues can up have up to 3,000.

The Gophers have not released any plans for fan attendance yet.

READ NEXT: Each Minnesota sports team's plan for fans this year