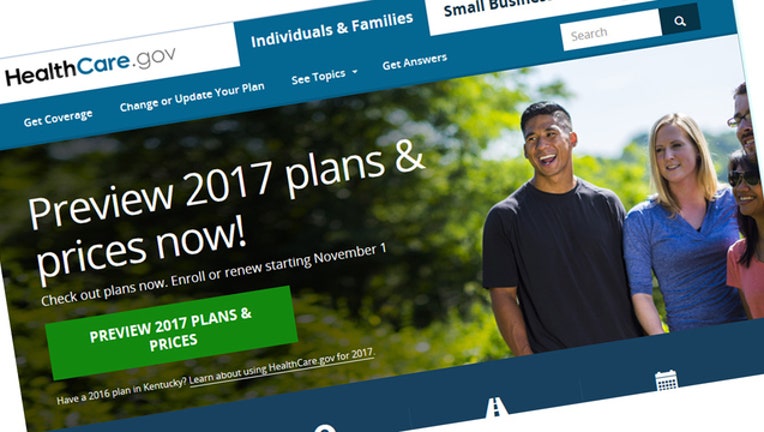 GOP lawmakers insist they haven't abandoned their goal of repeal, though they face lingering disputes about whether that should come before, after or simultaneously with a replacement effort.

Republicans triumphantly shoved a budget through Congress three weeks ago that gave committees until Jan. 27 to write bills dismantling the law and substituting a Republican plan. Everyone knew that deadline meant little, but now leaders are talking about moving initial legislation by early spring.

And as the party struggles to translate its long-time political mantra into legislation that can pass Congress, some Republicans are using gentler language.

"It's repairing the damage Obamacare has caused. It's more accurate" than repeal and replace, said Sen. Lamar Alexander, R-Tenn., who chairs the Senate health committee. He noted that President Donald Trump and many Republicans like popular provisions like requiring family policies to cover children up to age 26 and said, "We're not repealing all of Obamacare."

The refined phraseology is endorsed by Frank Luntz, the longtime GOP rhetoric guru. He credited Sen. Ron Johnson, R-Wis., with the idea, saying by email, "He was right. Americans want the ACA repealed and repaired," using the Affordable Care Act's acronym.

The shifting language comes with battles raging over Trump's Supreme Court and Cabinet nominees. That and controversies surrounding his temporary refugee ban have sapped energy from the health care drive.

"The best way to repair a health care system is to repeal and replace Obamacare," he said.

Talk of repair dismays other Republicans, including hard-line conservatives. They say the GOP pledge since Democrats enacted the 2010 law was to repeal it, later amended to "repeal and replace."

"You've got to repeal the law that's the problem. That's what we told the voters we were going to do," said Rep. Jim Jordan, R-Ohio, a leader of the conservative House Freedom Caucus.

Jordan cites problems that have accompanied the statute, including rising premiums and deductibles and diminished choices in some individual insurance markets. He says health care would improve if Obama's law vanishes.

"If you start from that premise, repair shouldn't be your mindset," Jordan said.

Democrats say the GOP's evolving language signals retreat. They say Republicans will threaten health care's availability and raise rates, angering the 20 million people who gained insurance under the law and tens of millions of others who benefit from the statute's coverage requirements.

"It puts the burden on them to come up with the so-called repairs," said No. 2 Senate Democratic leader Richard Durbin of Illinois. "What a departure from repeal it, walk away from it and America will be a better place."

Republicans continue shaping proposals to void Obama's statute. Potential targets include the law's requirement that people without coverage from work buy policies, the subsidies many of them receive and the tax increases on higher-income people and the health industry.

Some Republicans want to reshape and cut Medicaid, which provides health coverage to lower-earning people, but others represent states that expanded it under Obama's statute. Most want language blocking federal payments to Planned Parenthood but some don't, and some would let states choose to keep Obama's law intact.

There are also disputes over how to provide money so people don't abruptly lose coverage and to entice insurance companies fearing losses to keep selling policies.

Losing those subsidies "would further deteriorate an already unstable market and hurt the millions of consumers who depend on these programs," she warned.

At a hearing Thursday before a House health subcommittee, Republicans revealed four drafts of potential bills. One would let insurers charge older customers higher rates. Another would replace the law's unpopular individual mandate with a requirement that people maintain "continuous" coverage if they want to avoid more expensive policies.