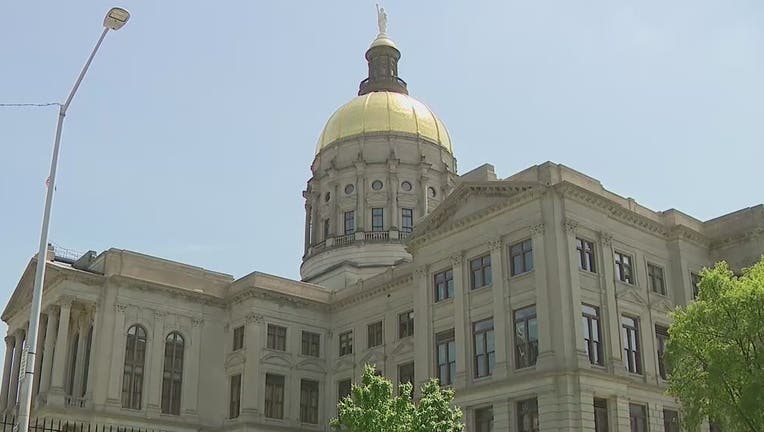 ATLANTA - The Georgia Department of Revenue says expecting families who live in the Peach State can claim their embryo as a dependent on their taxes.

In new guidance released Monday, officials with the state's Department of Revenue says that the tax change is due to the Supreme Court's ruling striking down Roe v. Wade and the Court of Appeals' decision to allow Georgia's so-called "heartbeat" law to go into effect.

The 2019 Georgia law bans most abortions when there is a "detectable human heartbeat." Cells that eventually become the heart exhibit cardiac activity in a human embryo as early as six weeks into pregnancy. That is earlier than some women realize they are pregnant.

Part of the law also allows parents to claim an embryo once that cardiac activity is detected by a doctor.

After the court's ruling, the Department of Revenue says anyone who is expecting a child on or after July 20 through Dec. 31, 2022 can claim the dependent personal exemption for the amount of $3,000 per unborn child. Eligible people will file the deduction on the "other adjustments" section of Form 500 Schedule 1.

Revenue officials say they may ask for proof that the filer was or is pregnant.

"Similar to any other deduction claimed on an income tax return, relevant medical records or other supporting documentation shall be provided to support the dependent deduction claimed if requested by the Department," the department said in a statement.

The department expects to issue additional information about the personal exemption for an unborn child will be issued later this year.

While claiming the dependent will be allowed in the state, this will not affect filer's federal returns.

Couples who have used in vitro fertilization have many questions as to if they will be impacted now that the Supreme Court has abolished Roe v. Wade, leaving the decision up to the states.

Previously, women in Georgia could seek an abortion during the first 20 weeks of pregnancy, but House Bill 481 allows women to get abortions before a heartbeat is detected, which is at about six weeks gestation. That is before most women see a doctor to confirm they're pregnant.

HB 481 makes exceptions in the case of rape and incest — if the woman files a police report first — and to save the life of the mother. It also allows for abortions when a fetus is determined not to be viable because of serious medical issues.

The bill also deals with alimony, child support, and even income-tax deductions for fetuses, declaring that "the full value of a child begins at the point when a detectable human heartbeat exists."