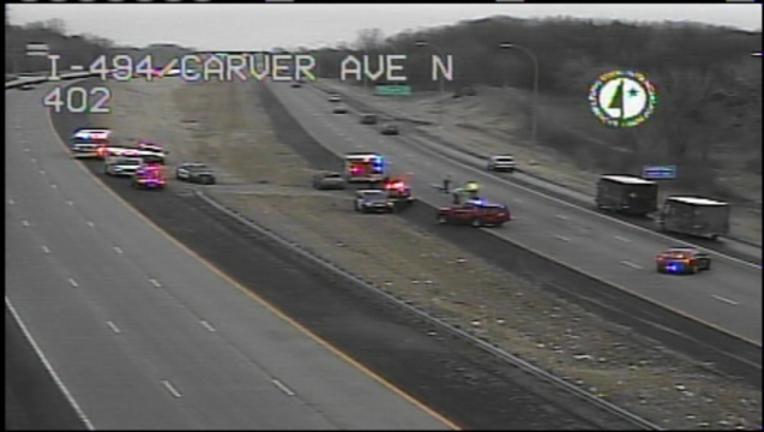 (KMSP) - Heavy frost on roadways in the metro caused a number of accidents and spin outs Sunday morning, according to the National Weather Service.

The Minnesota State Patrol reported 40 crashes and 11 vehicle off roads and spin outs as of 12 p.m.

The National Weather Service says the warmer temperatures interacting with the cold roadways resulted in light frost on many of the area's highways and bridges. Officials are warning drivers to be prepared for slippery roads throughout the day.