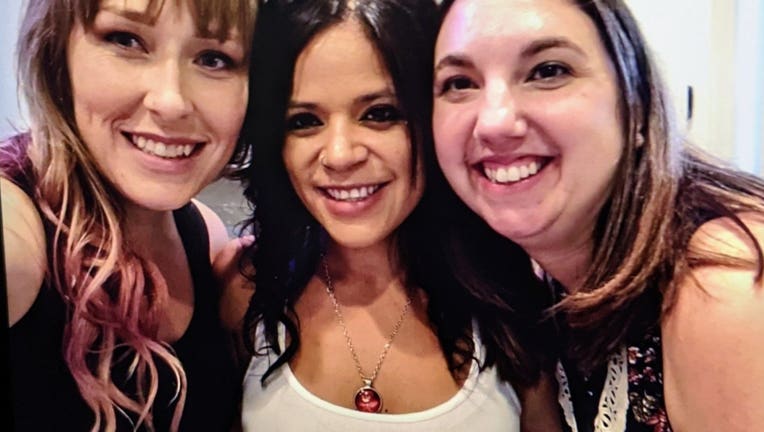 Lindsay Overbay, 37, (right) was killed Tuesday in a shooting at the Allina Health clinic in Buffalo, Minnesota where she worked. (Naiya Stubbe / FOX 9)

BUFFALO, Minn. (FOX 9) - A family friend has identified the woman who was killed in a shooting at an Allina Health clinic in Buffalo, Minnesota Tuesday as 37-year-old Lindsay Overbay.

Overbay was one of five people who was shot when a man reportedly walked into the Buffalo Crossroads clinic and opened fire Tuesday morning. Three of the victims remain hospitalized as of Wednesday morning.

A family friend has identified the woman&nbsp;who was killed in a shooting at an Allina Health clinic in Buffalo, Minnesota Tuesday as 37-year-old Lindsay Overbay.&nbsp;

Hospital officials say Overbay had worked as a medical assistant at the Buffalo Allina Health Clinic since 2018.

"The loss of Lindsay is traumatic for all who knew and loved her," a hospital spokesperson wrote. "Our entire Allina Health family extends our deepest sympathies to her family, friends and co-workers. In total, five of our colleagues were victims in the attack. Sherry Curtis, a Licensed Practical Nurse at Allina Health since 2013 was also injured in the attack. We will not be identifying the other victims at this time out of respect for the families’ wishes."

A woman is in shock and grief one day after her friend Lindsay Overbay was killed in the shooting at a hospital in Buffalo, Minnesota...

Naiya Stubbe said she learned about the shooting at the clinic where Overbay worked from a text message.

"So I texted Lindsay, ‘Are you okay?’ and she never responded, which is not like her because her and I speak almost every day and she responds very quickly," Stubbe said.

Overbay leaves behind a husband and two children, both under 10 years old. She lived for her children, Stubbe said.

Naiya Stubbe describes the moment she heard about a shooting at the Allina Health clinic in Buffalo, Minnesota where her friend, Lindsay Overbay, worked as a nurse. Overbay was killed in the shooting, which also left four other people injured.

"The world lost a very beautiful, wonderful person," Stubbe said. "She’s the best mother in the world. Can’t think of a better one."

Overbay had worked at the Buffalo Crossroads clinic for several years. "All she ever wanted to do is help people. All she has ever done is take care of people, her family, her friends," Stubbe said.

A GoFundMe for Overbay’s family has already topped $89,000 in less than 24 hours.

One person has died and four others were injured in a shooting at an Allina Health clinic in Buffalo, Minnesota.

The suspect, identified as 67-year-old Gregory Ulrich, was taken into custody following the shooting. Authorities have suggested he may have been motivated by his anger over treament by a doctor who worked at the clinic.

Police records show Ulrich had previously made threats against Allina facilities and had been ordered to stay away from the doctor.

Charges are expected to be filed against Ulrich on Thursday.