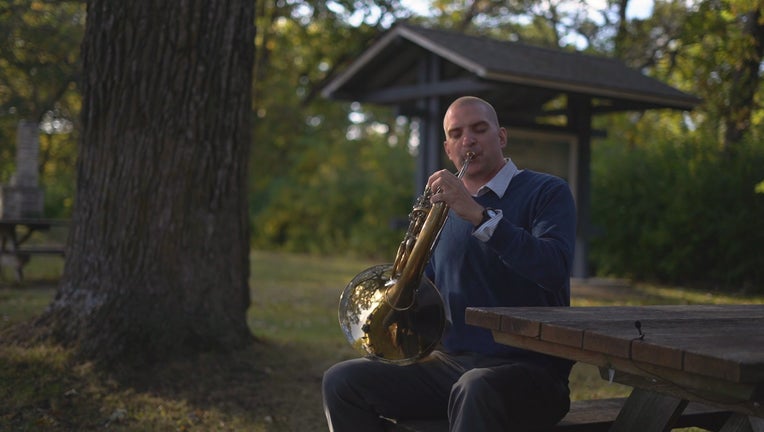 Frontenac State Park is one of the sports Kestrel Wright turned to to practice French horn during the pandemic. (FOX 9)

RED WING, Minn. (FOX 9) - Just like nature, music can have a calming effect on anyone who experiences it. But, a French horn player near Red Wing has an unusual place to practice his trade.

"A big part of music is silence," explained French horn player Kestrel Wright. "The sounds of birds and rustling leaves and everything that is peaceful."

Frontenac State Park, just south of Red Wing, is more than 2,000 acres of pristine wilderness. But, sometimes, this symphony of sound that is Mother Nature is accompanied by something more distinctly manmade.

Several times a week, Wright plays his French horn at a rest stop on the edge of the park. He started performing in the great outdoors because he lives in a small apartment in town and needed somewhere to practice without disturbing his neighbors.

"This spot is great because it is so peaceful," he said. "I can come here and practice at 6:30 in the morning. I can practice at 7:30 at night. It doesn't bother anyone."

Wright is a member of the Fort Snelling marching band and the La Crosse symphony orchestra in Wisconsin. But, most of their performances are on hold because of the pandemic. So Wright needs a way to stay in musical shape while his gigs are on hiatus.

"I like the sound," said Wright. "The sound of the French horn is the sound like none other in the world. It's the soul of the orchestra. It can be romantic. It can be heroic. It can be passionate. It can sound like the gates of hell are opening."

It may seem strange to hear someone playing classical compositions on a brass instrument at the entrance to a couple of nature trails. But, Wright says the chorus of hikers and birdwatchers who pass by sing his praises. 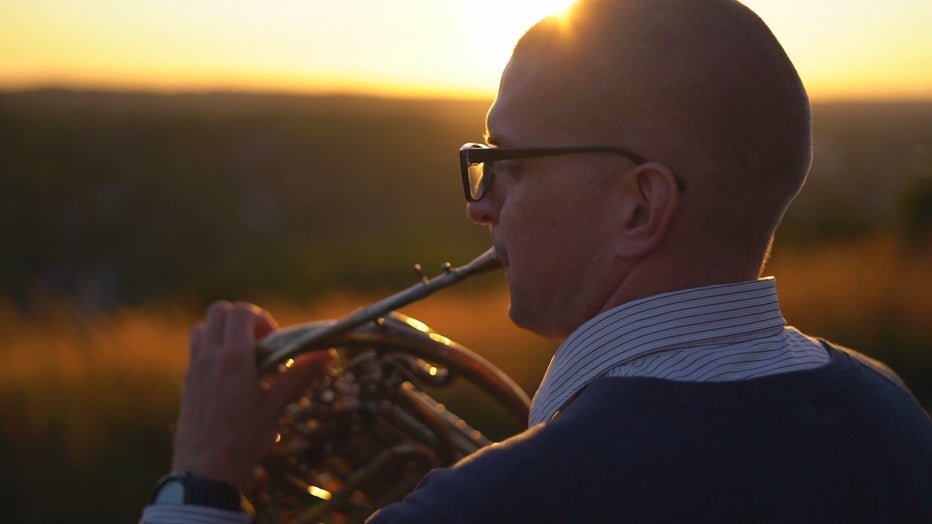 "I'm sure it's the first person they've seen playing a French horn in a state park," he said. "It's just so unusual."

"He was sitting there on a picnic bench with his shoes off with a French horn and the music was heavenly," said fan Virginia Oliver.

Virginia Oliver has heard Wright's notes wafting through the trees several times. "He just looked like a Victorian figure out in the woods blowing his horn," she recalled.

She believes his melodies add some medieval magic to the forest surrounding historic old Frontenac.

"I thought it was wonderful," she added. "I think it's what everyone needs especially now." 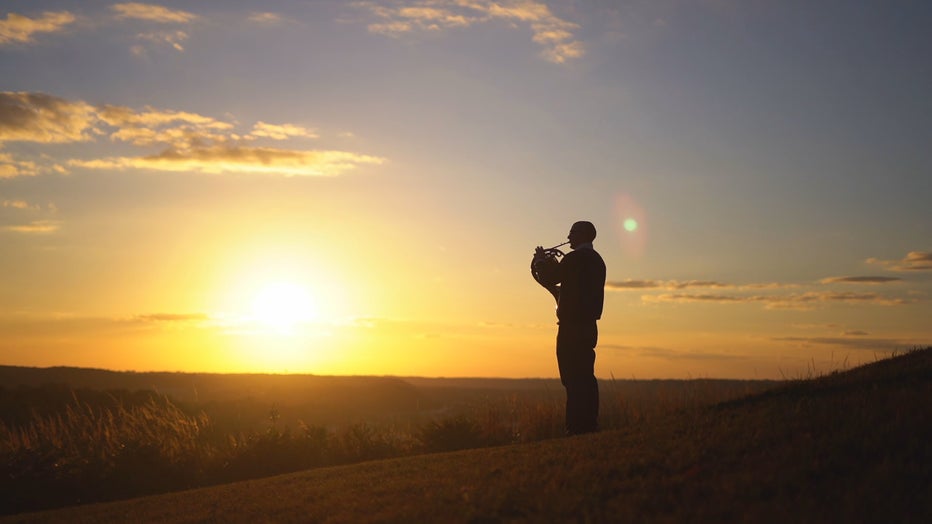 However, Kestrel's music really soars when he practices at Memorial Park in Red Wing, overlooking the city. Perhaps it's fitting he is named after a type of falcon. But, according to local police, not everyone down below always appreciates him spreading his musical wings so publicly.

"They did say they had a complaint from someone in the valley who was keeping a picture of me up on his dartboard," said Wright. "Evidently, he works at the Red Wing boot factory -- the nightshift. And he was saying why is this guy keeping me up all day, which is a fair question."

Wright hopes to eventually get a full-time job with an orchestra. In the meantime, it turns out he's a natural at blowing his own horn in nature.

"I'm a horn player," he says. "No matter what I do, I will be playing French horn. That's how it works."

Wright also works as a school bus driver and repairs brass instruments to make ends meet. If you'd like to buy his CD, you can click here for more information.