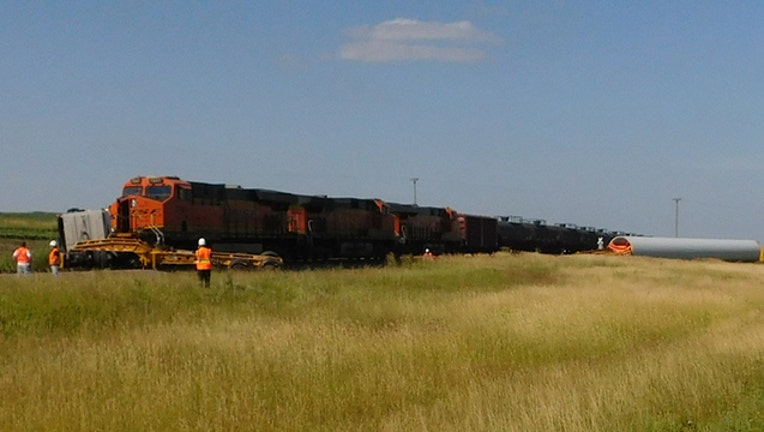 AETNA TOWNSHIP, Minn. (FOX 9) - A freight train and an oversized semi hauling a wind turbine base collided on the tracks in rural Pipestone County Wednesday evening.

According to the Pipestone County Sheriff's Office, the semi tractor was heading west on 201st Street pulling an oversized load that consisted of base section for a wind tower. The truck failed to yield at the crossing and the BNSF train collided with it as it traveled south on the tracks.

The driver of the truck was Travis Claypoole, of Vancouver, Washington. He was cited for failing to yield to a train at a marked crossing.

Claypoole was transported by ambulance to the Pipestone County Medical Center for his injuries.

The train sustained "moderate" damage as did the train tracks, according to the sheriff's office.

The semi and the wind turbine tower base sustained "severe" damage.

The Minnesota State Patrol assisted the Pipestone County Sheriff with the investigation.