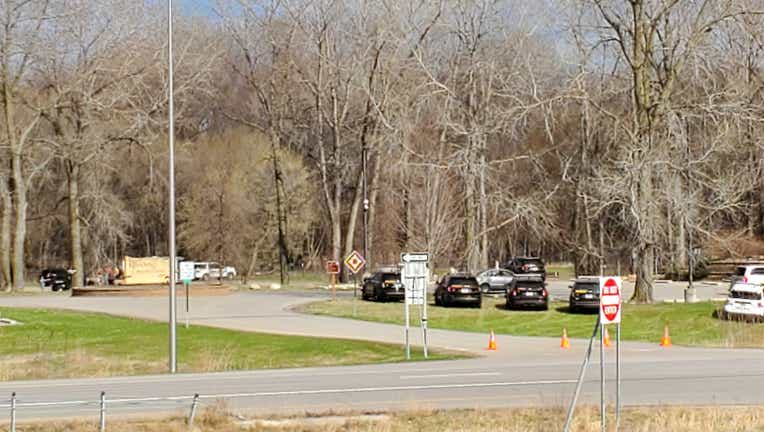 Law enforcement officers gather at the Kiwanis Recreation Area amid an investigation into an deadly officer-involved shooting Saturday. (FOX 9)

MANKATO, Minn. (FOX 9) - The Minnesota Bureau of Criminal Apprehension has identified the officers involved in a deadly encounter with an armed robbery suspect, who shot at law enforcement, in Mankato over the weekend.

Four members of law enforcement fired their weapons during the incident on Saturday. All are on standard administrative leave.

According to the BCA, after noon Saturday, law enforcement responded to a 911 call of armed robbery at the BP gas station on Highway 169. Following the robbery, Heights went across the highway into the Kiwanis Recreation Area, where he got on a rubber raft and started floating north toward St. Peter.

Several times during the chase, officers and Heights exchanged gunfire. Just before 2:30 p.m., Heights was shot as he attempted to get out of the raft on the east side of the river about three miles north of the Highway 14 bridge. Heights fell into the water. Officers recovered his body from the river a short time later. He was pronounced dead at the scene.

Law enforcement recovered two firearms. None of the officers were wearing body cameras and there is no squad camera footage of the incident.

The case remains under investigation by the BCA. Once that is completed, the findings will be turned over to the Le Sueur County Attorney's Office to make a charging decision.