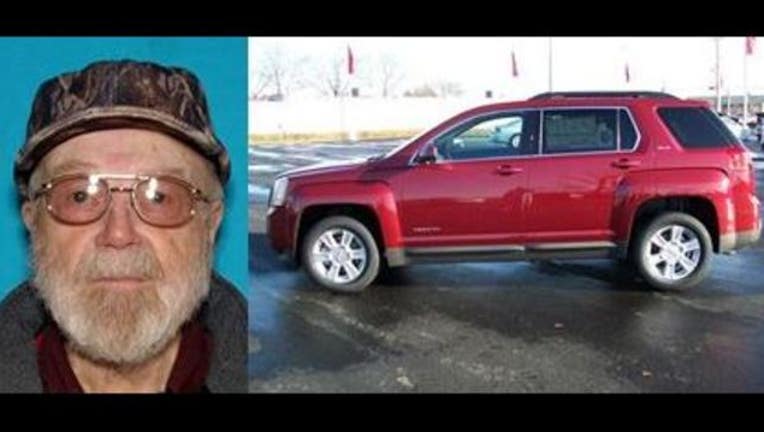 Richard Giles, 89, of Verndale, Minnesota was last seen at the Super 8 hotel in Grand Rapids. He drives a 2012 burgundy GMC Traverse with the Minnesota license plate 276GYZ.

The Wadena County sheriff’s office is asking for the public’s help in locating a missing 89-year-old man from Verndale, Minnesota.

Richard Griffith Giles was last seen at the Super 8 in Grand Rapids, where he reportedly spent the night after he got lost.  Authorities are concerned for his welfare given his age and the predicted snow storm.

Giles is described as 5’9”, 165 pounds with hazel eyes, gray eyes and a gray mustache and beard. He drives a 2012 burgundy GMC Terrain with Minnesota license plate 276GYZ.

The Wadena County sheriff’s office is asking the public to keep an eye out roadsides, in ditches and other areas for Giles’ vehicle or him.

He may be lost, so anyone who encounters him is asked to contact law enforcement for assistance. Do not give him directions and send him on his way.

Anyone with information on Giles’ whereabouts is asked to contact the Wadena County sheriff’s office at 218-631-7600 or call 911.