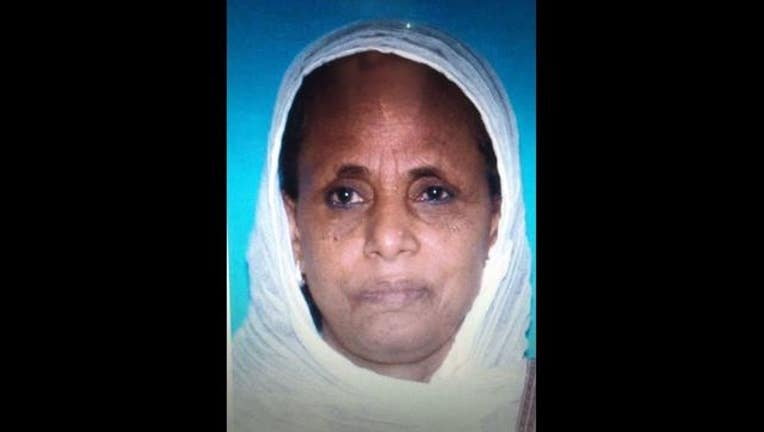 EAGAN, Minn. - UPDATE: A missing Eagan woman has been found safe in Apple Valley after she went missing Tuesday afternoon. The 65-year-old East African woman with dementia was reunited with her family Tuesday night.

Letebrhan "Leta" Efriem was last seen walking away from a Starbucks across the street from her residence near Cliff/Rahncliff around 3:30 p.m. April 4. She has dementia, no money with her, and only left with her toothbrush.

According to a release, she would not know to seek assistance and authorities are concerned for her welfare. She was last seen wearing a possibly yellow hijab, a shawl and a dress of an unknown color. She was also wearing flip flops.