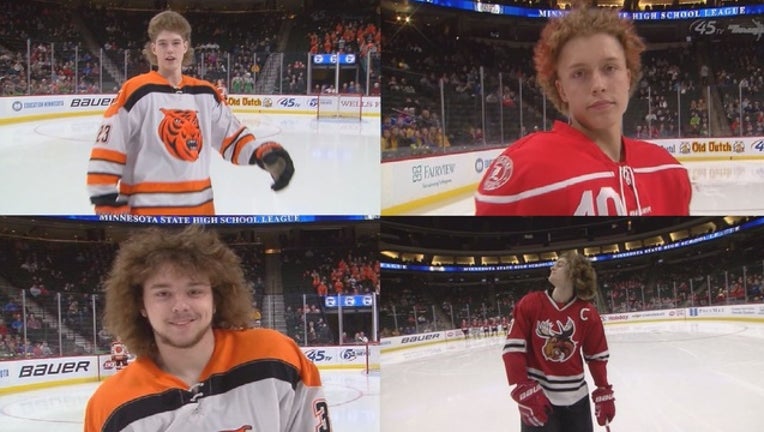 (KMSP) - Now that the Minnesota boys high school hockey state tournament has wrapped up, it’s time for another beloved tradition in the State of Hockey: naming the 2017 All-Hockey Hair Team.

The video featured cameos from Minnesota Wild players Charlie Coyle, Erik Haula and Jason Zucker, who offered their congrats to the high school players’ on their “salad.”

Reagan Garden, St. Paul Cathedral
“They don’t tell you his middle name’s Olive, because he brought unlimited salad to the tournament for everyone.”

Tanner Glasrud, Delano
“Tanner’s mullet has party in the back and in the front.”

Players from the Hendrickson Foundation hockey festival
“It’s too bad CNN spent all that money finding Jesus when he was playing for the Warriors in Blaine the whole time.”

Charlie Reisch, Luverne
“You know what the definition of intense is? Being the only guy on your team to dye your hair.”

Dallas Duckson, Mahtomedi
“Anyone named Dallas has a good shot to make the team.”

Nick Benson, Eden Prairie
“They say life is a series of ebbs and flows. Well, Nick from Eden Prairie hasn’t seen an ebb in quite a while.”

WATCH NEXT: Hockey hair a highlight of the state tournament