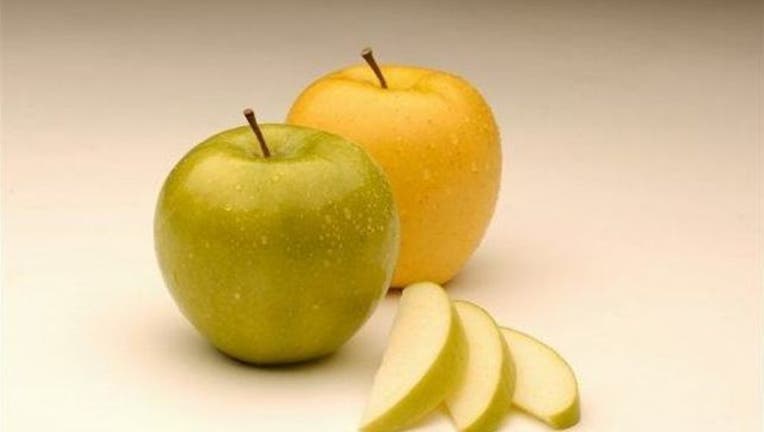 (FOX 32 News) - A Canadian company will begin rolling out genetically modified (GMO) apples next month throughout the Midwest.

Okanagan’s apples, called “Arctic”, will be resistant to browning and sold pre-sliced in clear packaging. Customers, however, may have a hard time telling if the apples they purchase are GMO’s. The Arctics will not be marked as a GMO product; instead it will be up to the grocery stores to choose how to label them.

The modification within the apples result in the enzymes being switched off, avoiding any browning that would usually take place. Okanagan believes that consumers won’t see a difference. However, NPR reports that US producers aren’t thrilled with the development.

"Our concern is marketing," says the president of the Northwest Horticultural Council, who fears that people leery of GMO food will shun all apples as a result.

"I don't think we're hiding behind the fact that we use that technique," says president Neal Carter. "We don't want to demonize the product by putting a big GMO sticker on it."

Test runs will start small with 500 40-pound boxes split between 10 currently unnamed Midwestern grocery stores, according to the Capital Press.

Currently, three varieties have been approved by the USDA: Arctic’s version of the Golden Delicious, Granny Smith, and the Fuji. Arctic plans to add more.

Arctic currently has orchards in British Columbia and Washington State; however for the apples to reach a commercial level across the US, it will take quite some time.