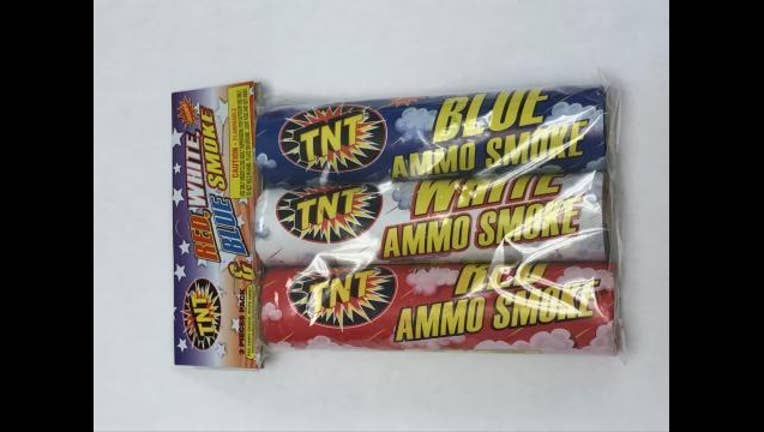 (KMSP) - The U.S. Consumer Products Safety is recalling fireworks sold in Wisconsin because they can explode unexpectedly after being lit.

The TNT Red, White & Blue Smoke fireworks are supposed to make smoke when lit. They were sold at Target, Wal-Mart, Meijer, Kroger and Albertsons in Wisconsin, Illinois, Vermont and Ohio in May and June.

The USCPS says consumers should immediately stop using the recalled fireworks and contact America Promotional Events for a full refund.