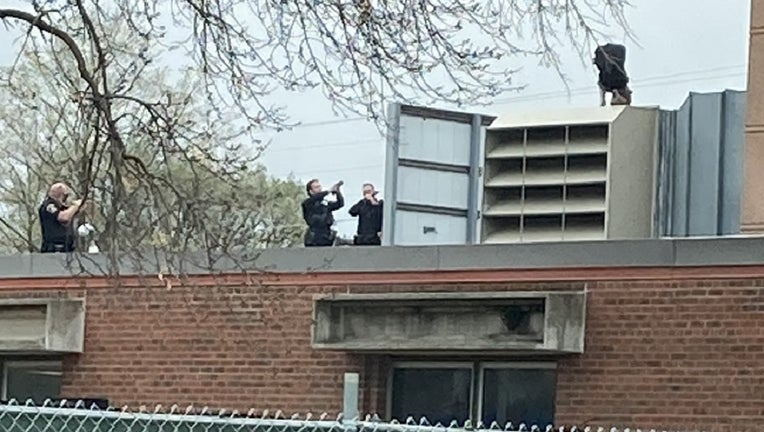 Police hold the suspect at gunpoint on top of the roof of the Islamic center/school. (Bloomington Police Department / Twitter)

BLOOMINGTON, Minn. (FOX 9) - Firefighters were called in to assist with an arrest Friday after police say a man drove away from Bloomington police officers and later climbed onto a roof in an attempt to evade officers.

A Bloomington police spokesperson says the incident began around 11:30 a.m. when officers spotted a vehicle with "improper plates" on American Boulevard and Chicago Avenue.

Police tried to stop the vehicle but say the man kept driving before later running away on foot from the vehicle to the Dar Al Farooq Islamic Center and Success Academy.

Officers say the man has no affiliation with the center or the school. Both went into lockdown during the incident.

At that point, police say the man climbed onto the roof and refused to get down. Officers were able to eventually get the man into custody and called in the fire department to assist with getting the man back on the ground.

It's unclear what charges the man may face.