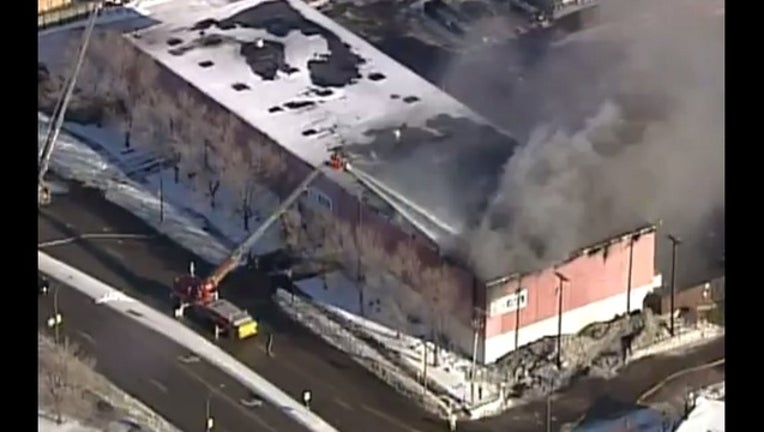 MINNEAPOLIS (KMSP) - Minneapolis firefighters went into defensive mode to fight a fire at a recycling plant late Tuesday morning. The fire was reported just after 10 a.m. at the building on the 1800 block of 2nd Street N.

A second alarm was called minutes later, and crews went into a defensive mode, with no interior firefighting operations. Most of the fire was put out by 11:15 a.m., with a small amount of fire still inside building near a stack of materials.

By 1 p.m., the fire was declared under control and a search of the building was completed. There were no injuries reported. The cause of the fire is under investigation.