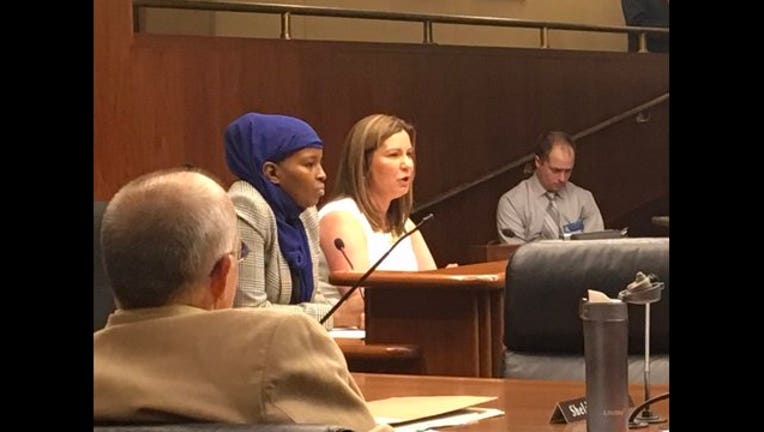 Members of the Minnesota House Civil Law Committee unanimously passed a bill that would add to the criminalization of female gential mutilation in the state.

ST. PAUL, Minn. (KMSP) - A bill that adds to the criminalization of female genital mutilation in Minnesota passed the state House of Representatives Monday by a vote of 124-4.

Female genital mutilation is already illegal according to Minnesota law, but currently there are no repercussions for parents who subject their girls to the procedure.

The penalty for the person who performs female genital mutilation would also increase under the bill.

“The penalty for committing this heinous act to children should be strict,” Rep. Mary Franson, R-Alexandria, the author of the bill, said in a statement. “There is no place for FGM in our communities. Children, like adults, deserve the same protections from oppression.”

Dr. Jumana Nagarwala was charged with six crimes, including conspiracy to bring the girls across state lines, carrying a minimum sentence of 10 years in prison.

A second Detroit-area doctor, Fakhruddin Attar, and his wife, Farida Attar, 50, were both arrested and have been charged with conspiring to perform female genital mutilations on minor girls out of Dr. Attar's medical clinic in Livonia, Mich. Authorities believe the husband and wife arranged and assisted in the procedures performed by Dr. Nagarwala.